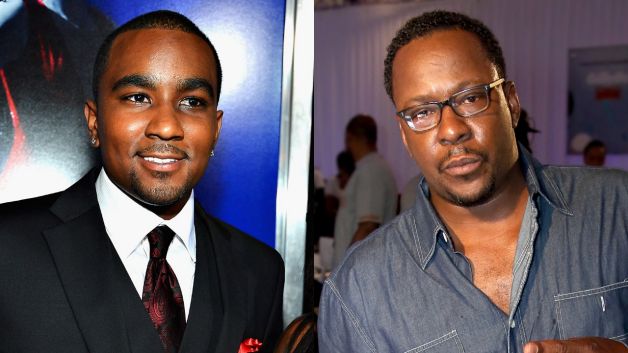 You knew this was coming. Just days after Bobbi Kristina’s death, the drama between Nick Gordon and her family is heating up. According to TMZ, Mr. Gordon sent an email to Bobby Brown this week. In the email, Gordon urged him to let him attend his girlfriend’s funeral.

“I loved Krissi with all my heart and I am destroyed that she is gone and I need to say goodbye.” He allegedly wrote in the email. We have to imagine calling her “Krissi” doesn’t help things. That might sound like a silly thing to complain about, but if I was in Bobby Brown’s position, that would annoy the hell out of me.

As you all know, the homicide investigation is still going on. The Brown/Houston family believe he is responsible for Bobbi Kristina’s death. Nick knows this, and he’s asking both Bobby Brown and Pat Houston to put their differences aside for just one day.

I’m begging you both to please put your differences aside and allow me this chance.

He also pulled out the guilt card, “Krissi loved me very much and she would want me there.” Not sure if that’s going to hurt or help his case. It’s difficult to really comment on this situation because no one knows the truth right now. The people investigating the incident don’t even know what happened yet.

But at the end of the day, Gordon should respect Bobby Brown’s decision. If the family doesn’t feel comfortable with him being there, then he should respect that and say goodbye to Krissi in his own way.

By the way, Gordon’s mother, Michele, released a statement on behalf of her son about Bobbi Kristina’s death…

The passing of Bobbi Kristina is devastating to Nick and our family. Nick loved and cared for Krissi deeply, and he has suffered greatly each and every day they’ve been apart.

The funeral is scheduled for Saturday.