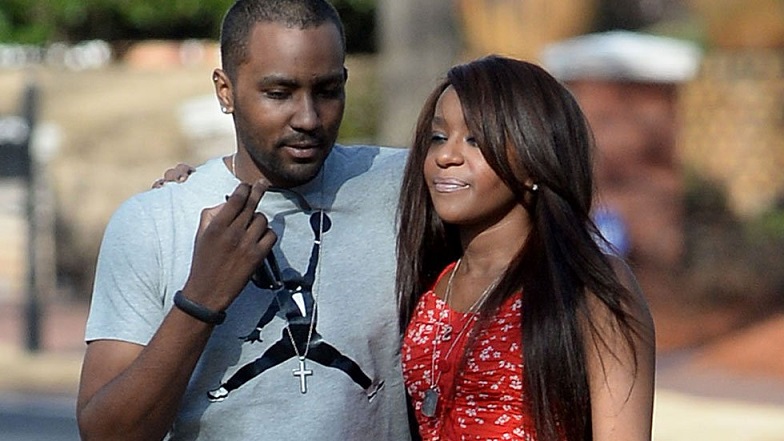 Amended Lawsuit Says that Nick Gordon Gave “Something” to Bobbi Kristina And Beat Her Bloody! We have the Actual Document! This is the information we have been waiting for.  The original lawsuit that was filed against Nick Gordon has now been officially amended with new accusations.  The new amended suit filed on August 7th has new claims and more details of the events which led to the death of Bobbi Kristina.

The original suit was filed by the court appointed conservator Bedelia Hargrove.  The new complaint has details of the night preceding and day leading up to the discovery of Bobbi Kristina’s body as well as past violent altercations between the two.

The details reveal that Nick Gordon had arrived home at 6 AM that morning having been out all night on a cocaine and alcohol binge.   When he arrived home, the suit reports that Brown and Gordon were arguing for 30 minutes after Gordon watched footage on camera’s that he had installed to watch Bobbi Kristina.  The argument began in the kitchen, moved to the living room and then up to the bedroom.  Then everything abruptly became quiet.

The report then details that Gordon gave Bobbi Kristina a toxic cocktail, rendering her unconscious and then put her face down in a tub of cold water which eventually caused her to suffer brain damage.  Another weird note in the suit was that a dustpan was also found in the bathtub??

HERE IS THE CRAZY PART (..as if this whole thing isn’t crazy)

The report says that Nick Gordon emerged from the master bedroom wearing different clothes, got into another bed and laid his head on a female guest’s ankle and said,

“Now I want a pretty little white girl like you”.

This is the first time I heard of another woman being in the house. excerpt from the amended lawsuit

GORDON PUNCHED, KICKED AND DRAGGED BROWN BY HER HAIR

Also in the suit, there are details of an incident where “several witnesses” saw Nick punch Brown as she sat on the couch.  They said that the hit was so hard it broke the couch and Brown spilled onto the floor. After which, Nick then continued to strike her,

“hitting her in the face until she was bloody,

Then he began to kick her,

to the point that she was on the floor screaming and curled up in a fetal position.

Brown’s tooth was knocked out in the attack.  After telling her to go upstairs, she began to crawl.  Apparently it wasn’t fast enough; Nick then dragged her up the stairs by her hair and told witnesses,

I don’t do this often excerpt from the amended lawsuit

In an attempt to set the record straight, Nick’s lawyers Joe Habachy and Jose Baez released the following statement,

The recent lawsuit against Nick is slanderous and meritless. Nick has been heartbroken and destroyed over the loss of his love and it’s shameful that such baseless allegations have been presented publicly. Nick has engaged civil counsel and intends to defend the lawsuit vigorously and expose it for what it is: a fictitious assault against the person who loved Krissy most.

HOW CAN THEY JUST MAKE STUFF UP LIKE THIS?

They can’t.  According to 11Alive legal analyst Philip Holloway,

Lawyers are ethically prohibited from alleging things in a lawsuit unless they have support.  This lawsuit accuses him of murder.

This means that everyone who witnessed these acts by Nick are basically spilling the beans.  When it comes to murder and long lengths of jail time, people begin to speak up.  Even if Nick paid these people to be silent with Bobbi Kristina’s money, it won’t be enough.  Sh*t just got real.  The details outlined in the amended report are from people who have first hand knowledge.  Those people will reveal others who have witnessed the abuse and those people will quickly begin to reveal more as well.  Gordon’s plan of any cover up is slowly starting to unravel, just like in the movies.

So far, there have been no criminal charges filed against Nick, but I suspect this might change.  Depending on who is talking and from what vantage point, Nick could be looking at murder charges.

We will continue to follow this story closely and keep you up to date on our Facebook page. I suspect that this story has just begun.