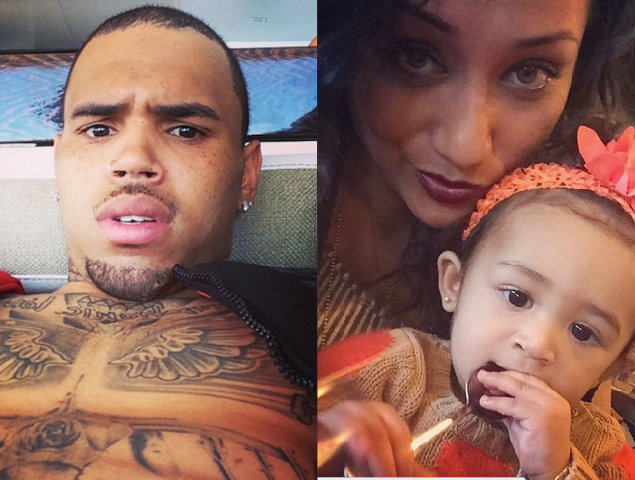 Chris Brown loves to announce his feelings all over social media. During his public breakup with Karrueche Tran, he sent out several messages on his Instagram account, ranging from I miss you messages to I f–king hate you messages. It’s easy to see why this dude is constantly in trouble. He’s emotional and always has his heart on his sleeve.

And it looks like the damaged relationship between him and his daughter’s mother, Nia Guzman, is starting to really irritate him. The 26-year-old singer/rapper/actor went on a Twitter rant earlier this morning.

Some men my age run from their responsibility as fathers. I embrace mine. Just sucks that some females use children as meal tickets.

Yeah. He went there, which isn’t surprising considering Guzman recently requested only supervised visits between Brown and their daughter Royalty. “Using a child as leverage is never ok. The highest praise to the men who actually want their kids.” He added in a second tweet.

It’s obviously a messy situation, and we understand it must be hard on Brown not being able to see his daughter whenever he wants. However, blasting Guzman on his social media accounts won’t make the problem go away. If anything, it’s only going to make things worse between them. He needs to build a healthy relationship with her, and if she refuses to cooperate, settle things in court and be on your best behavior.

As we reported last month, Guzman is asking for $15,000 a month in child support. The judge still hasn’t ruled on that matter. We’ll keep you posted.