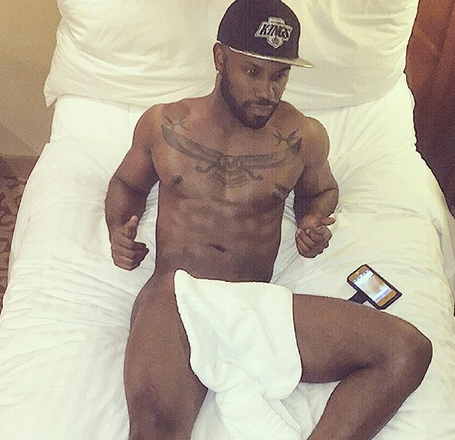 The second season of the VH1 show Love & Hip Hop: Hollywood will premiere on the network in just under a month, but one cast member is already stirring up some controversy. New cast member Milan Christopher is an openly gay rapper, and he claims the other rappers on the show won’t work with him because he’s gay.

They feel the producers only hired Milan because he’s gay. They call it a “sideshow” and a “circus” to attract more viewers. Milan has no “cred” in the rap game, according to the other rappers on the show. But let’s just remind you that some of the other rappers include Soulja Boy, Omarion and Ray J.

Can Soulja Boy really call someone out for being a joke? He’s the Rebecca Black of the rap game. And the only reason Ray J is still relevant is because he was smart enough to record himself having sex with Kim Kardashian. Half of the people on this show are “jokes” in the rapping world. The only reason they aren’t welcoming in the new joke is because this new joke is attracted to men.

Anyway, this new season should be pretty interesting. It’s possible these rumors are being spread by the show. Stories like this work better than most marketing techniques.