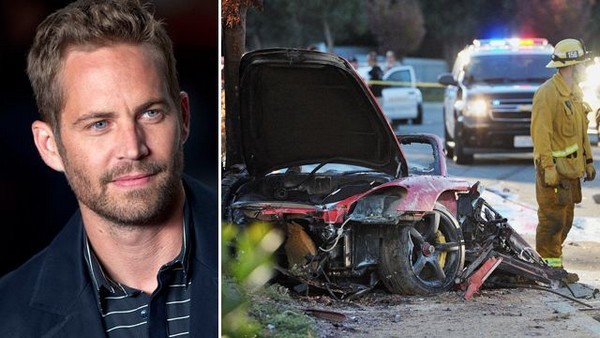 5 Times ‘Family Guy’ Shocked The World By Predicting The Future You have probably seen the “20 times ‘The Simpsons'” predicted the future articles all over the internet. According to the internet, The Simpsons had a better track record than Sylvia Browne. Some people believe top Illuminati officials control everything you see on television, and since shows like The Simpsons and Family Guy are so popular with your average American, they target these shows with special messages and predictions.

Conspiracy lovers believe Family Guy accurately predicted the incidents you see below. What do you think?

ARE WE BEING CONTROLLED? IS THERE A SECRET MESSAGE HIDDEN INSIDE THIS ARTICLE? DOES THE MESSAGE SAY THAT THE PERSON WRITING THIS IS A COMPLETE IDIOT? Probably. Robin Williams died a little over a year ago on August 11, 2014. It was a death no one saw coming, except the creators and writers of Family Guy, of course. Just minutes before the world learned the comedian committed suicide, BBC Three was airing the Family Guy episode Fatman and Robin. In the episode, Peter Griffin is cursed with the ability to turn everything he touches into Robin Williams.

This power is too much for Peter to handle. He loses his mind by the end of the episode and tries to commit suicide. After the episode aired, a BBC spokesperson released the following statement…

“The episode ended just as the news broke about his death. This was a repeat that we have shown a couple of times before, so who could have planned that?”

Pfft. Get the heck out of here with your logic. We don’t have enough room on this boat. If you thought the Robin Williams prediction was a stretch, just wait until you hear this one. According to a few people, Family Guy wanted to warn people about Paul Walker’s death. How did they do this? By killing off the Brian Griffin dog character in an episode that aired just one week before Walker’s fatal car accident.

The connection? They both died in a car accident, and Paul Walker played a character named Brian O’Connor in the Fast & Furious franchise. Of course, Brian (the dog) returned just two episodes later after Stewie traveled back in time to save him.

Admittedly, the killing of Brian Griffin did seem to come out of nowhere, but that’s not enough evidence to scream… You probably remember hearing all about this after the horrific Boston Marathon bombing. At first, things got really creepy extremely fast. A clip from an episode of Family Guy was being shared on the internet. The clip made it seem like Peter Griffin had set off bombs at the marathon, but not long after the clip went viral, we discovered the clip had been heavily edited. The edited clip comes from the Turban Cowboy episode of the show.

In the episode, Peter Griffin can be seen winning the marathon by running people over with his car in a cutaway gag. Later in the same episode, Peter inadvertently sets off a bomb with his cell phone, which destroys the fictional Quahog Bridge. The edited clip that was being passed around on the internet made it seem like he had set the bombs off at the Boston Marathon.

But still, it was terrible timing to show Peter killing a bunch of runners with his car. Fox removed the episode from Hulu and Fox.com, and announced they wouldn’t broadcast the episode again.