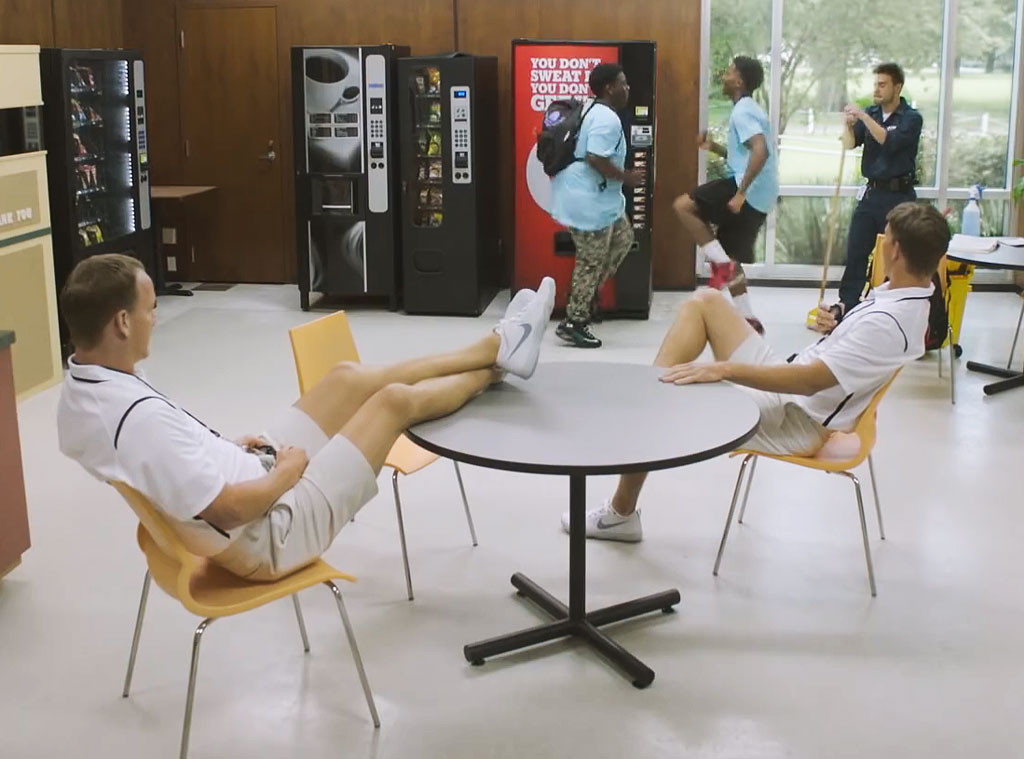 I think we can all agree that Peyton Manning is the best Manning. For some reason, every single time I see Eli’s face, I want to harm myself. He could be donating toys to sick children in a hospital, and I’d still be like, “Look at this freakin’ douchebag. Who does he think he is? Santa?”

It’s not right. I understand this, which is why I am working hard to fix the damaged relationship. And this new video series Eli is doing with Gatorade? Well, it’s actually helping things. After watching the videos below, I didn’t feel like punching myself in the penis.

In fact, I actually laughed. Eli (with the help of Peyton and the hilarious janitor) made me smile this miserable Tuesday morning.

Pretty neat stuff, right? Gatorade trying to go viral. The video with J.J. Watt is also pretty hilarious. Check it out below…