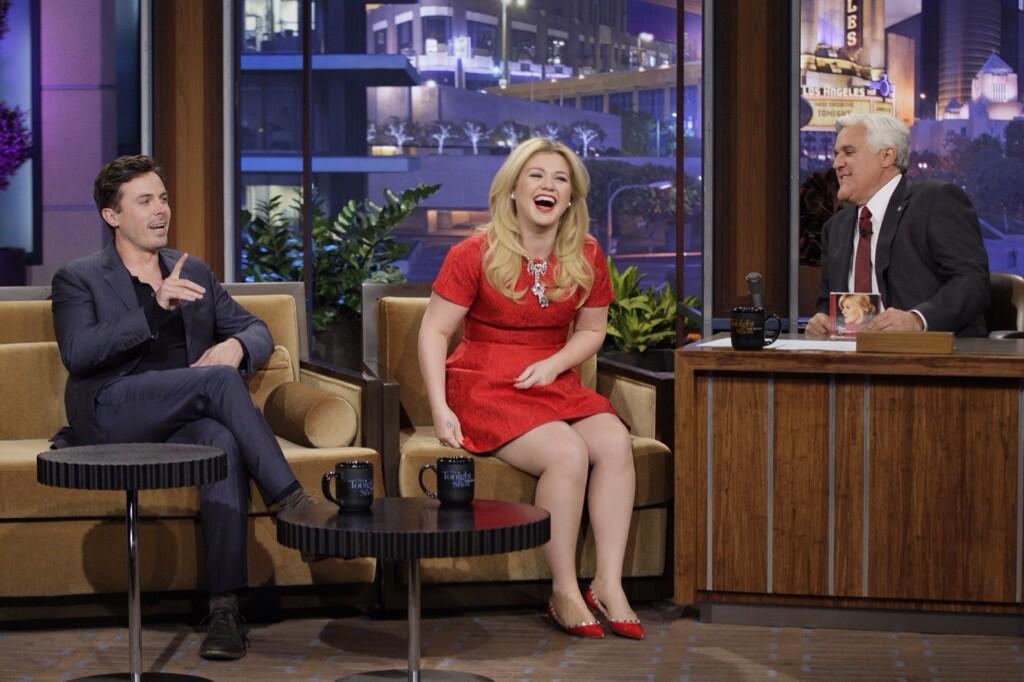 Aw, Snap! Kelly Clarkson Is Pregnant AGAIN! Get All The Details Inside For those who don’t know, Kelly Clarkson is still one of the most popular singers around. Her life changed completely after winning the first season of American Idol. Even 13 years later, she’s still performing shows at the freaking Staples Center in Los Angeles.

And that’s exactly where she announced some pretty exciting news. The 33-year-old star told the fired up crowd that she is pregnant with her second child. She also admitted that this wasn’t exactly the way she planned to inform the world of her pregnancy…

This is not how I wanted to announce [that I’m pregnant]. My makeup artist is backstage hating me. I didn’t want you to think I’m on pills or something. I would like to apologize to my husband. This was not planned. I’m just so hormonal. Everything is great, I haven’t vomited yet. That’s a win y’all.

You have to love, Kelly. Always keeping it real. Honestly, I am a little surprised she decided to have another child so soon, especially after all the troubles she had with her first pregnancy. She suffered from many complications, including the scariest one of all: she lost her voice.

I was like, ‘Oh God, I’m not going to be a singer anymore.’ I was bawling to my husband and completely hammered, just going, ‘Oh my God, it’s over. I don’t know what I’m going to do I guess I could do more charity work.’ I didn’t know what I was going to do.

Thankfully, her voice came back! And apparently, she’s now ready to try it again. Hopefully this time it goes a little easier for her.

Congrats to the happy family!