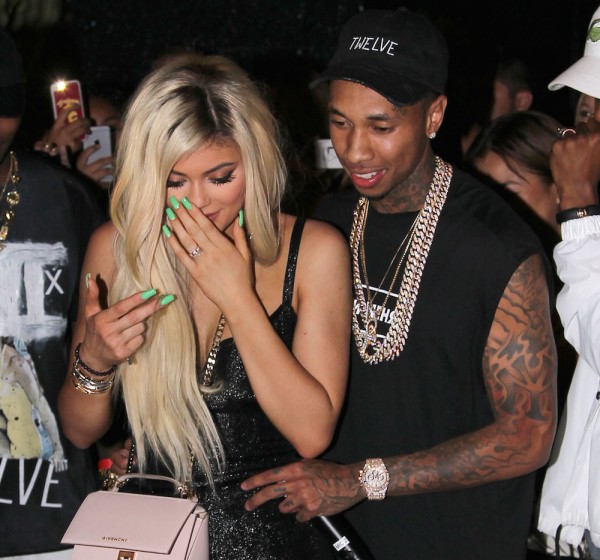 Here we go again, folks! Remember this post from June? When the internet went crazy after Tyga said some extremely naughty things in a song everyone assumed was about Kylie Jenner. If you don’t remember, the song featured this lovely line, “I hit her/She backwards/Lickin’ her a–hole/My dick is the password/T nasty, ’bout to catch a felony for it.”

Tyga is clearly a romantic guy. At the time, Kylie was still just 17-years-old, so of course Tyga denied that the song was about her. But now that his girlfriend is 18-years-old, he’s ready to tell the world that he’s penetrating.

The 25-year-old rapper dropped a new mixtape titled Fu** Wat They Talkin Bout. And there is a track from the mixtape titled Stimulated, which includes this shocking line, “They say she young … I shoulda waited … She a big girl, dawg … When she stimulated.“

And later in the song, he confirms that he’s getting it in, “She a big girl dawg, I’m puttin’ in…yeah I’m penetrating.”

Wow. You can listen to the song below. The first line comes in at around the 0:45 mark.

I have to admit something. I kinda like this song. I’m not a big fan of his music, but I can actually get behind this track.

Maybe not in the same way Tyga is getting behind it…

…but still it’s got a nice little beat.