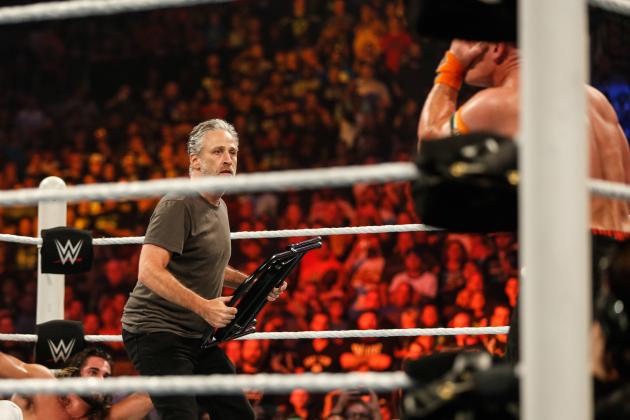 Watch: 8 Celebrities Who Had Their Professional Wrestling Dreams Come True! 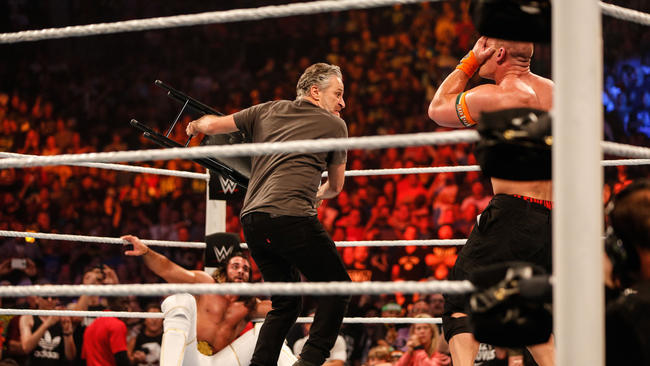 We all know about the professionals wrestlers who have infiltrated Hollywood. Most notably John Cena and Dwayne “The Rock” Johnson. They are both HUGE movie stars now. In 2013, Forbes named Johnson the top-grossing actor for the year, with his films taking home over $1.3 billion worldwide.

But what about those movie stars who want to be professional wrestlers? Believe it or not, there are a lot of WWE fans in Hollywood. And sometimes, those fans are lucky enough to be invited inside the ring.

Check out the top 8 celebrity moments below…

Her bio on Wiki is probably the greatest thing I have ever read. If you don’t feel like clicking the link, it describes Maria as, “an American actress, journalist, television host and occasional professional wrestler.”

YOU SEE! I am totally going to put that in my Tinder profile. By the way, this video of Maria is just one of her many WWE highlights. Search the YouTubes to see more of them.

Mike Tyson has a long history with professional wrestling. I included the clip you see above because it’s more recent; however, it’s not my favorite Tyson/WWE moment.

My favorite Tyson moment happened back in 1998 during WrestleMania XIV. I was a huge fan of Stone Cold when I was a kid, so watching him briefly team up with Tyson was a pretty special moment. You can watch video of the glorious event by clicking this link.

I am sure there were some wrestling purists out there who thought they went too far when they invited Drew Carey in the ring. At least Mike Tyson and Maria Menounos actually look like wrestlers. But Drew Carey? He, at least at the time, looked like a pizza delivery guy who got fired because he was eating all the pizzas.

I enjoyed his appearance though. It was during the Royal Rumble match, which is the perfect time to throw in some comic relief. Carey played his part beautifully. I had nightmares about Kane when I was younger.

No. 5 – Will Forte And Kristen Wiig

This was pretty strange. The cast of MacGruber showed up to mess with the wrestlers backstage. Chris Jericho steals the show in the video above. It looked like Wiig was about to crack when Jericho started singing. Sadly, the movie promotion didn’t really help the film at the box office. It grossed just $9.3 million worldwide against a $10 million budget.

This is old school, folks. People say Piper and Mr. T really didn’t like each other in real life. After some quality trash-talking, they faced each other in a boxing match at Wrestlemania 2 in 1986. As you see in the video, Piper lost by disqualification after he pushed the ref and slammed Mr. T down to the ground.

He will certainly be missed.

Shaq the wrestler > Shaq the free-throw shooter. People will make fun of Shaq’s acting in Kazaam until he dies, but his performance in the ring was actually pretty good. He made me believe he was truly angry.

I’ll be honest, I don’t know much about Stephen Amell. Google says he is a 34-year-old actor from Canada who stars in the CW series Arrow, which makes him a celebrity in my book. People love that show.

And you know what I love? Stephen’s performance in the video above. HE KILLED IT! Probably one of the best performances on this list.

You have probably seen this in the news recently. Some people might think that Jon Stewart is just sitting in a chair and watching the world go by after retiring from The Daily Show. But those people are wrong.

Stewart isn’t sitting in a chair. He’s holding the chair and hitting people with it. Big people with huge muscles and rage.