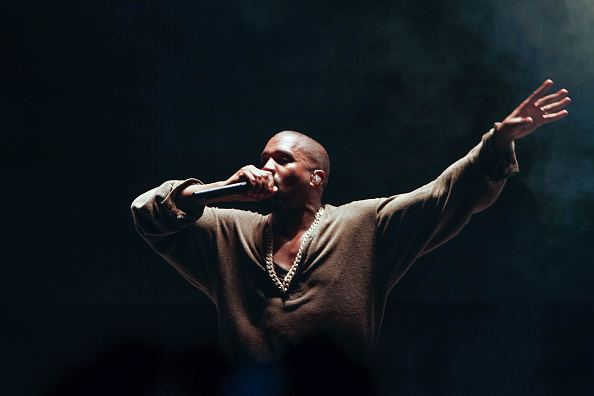 Kanye West Gives 12 Minute Speech At MTV VMAs, Claims He Is Running For President In 2020!

The 2015 MTV Video Music Awards aired last night, and I was forced to watch the entire thing. It was one of the most difficult things I’ve ever had to do in life. It’s just a bunch of fake characters up there. They try to make it seem like nothing is planned, but almost everything you saw last night was scripted and approved.

I say almost because I don’t think the 12-minute speech Kanye West gave was scripted. Athletes are fueled by Gatorade, Kanye is fueled by emotion. The 38-year-old rapper received the MTV Video Vanguard award last night, and it was obviously a huge moment for the star. He allowed the crowd to chant his name for at least 3 minutes. He was eating that sh-t up.

And then he finally started talking. During his speech, he talked about the ridiculousness of award shows. How can you judge these artists? How can you call 95% of them losers because they didn’t take home an award?

I don’t understand how… they get artists to stand on a carpet and for the first time in their life, get judged like they’re on a chopping block and have the opportunity to be considered a loser.

He also pointed out that he saw Justin Timberlake cry at the Grammys when he did not win Album of the Year. In addition to that, West once again compared himself to Christ. Asking if he “died for an artist to have an opinion after they become successful.”

And of course, the moment everyone is talking about. Kanye ended his speech by announcing he was going to run for president in 2020. Was he serious? Probably not, but there are a lot of people who believe he was. Good luck with all that. You can click here to read his full speech. Is it worth reading? I guess so. It’s basically the same sh-t he’s been saying for a few years now.