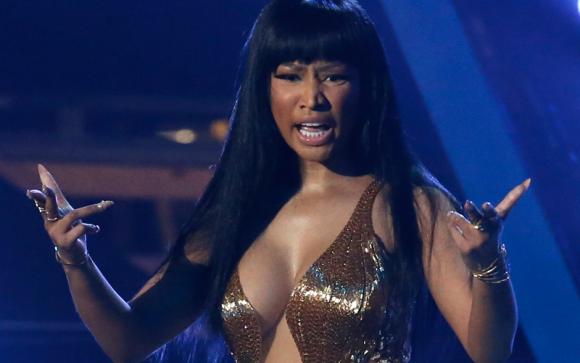 2015 VMAs: Was The Fight Between Miley Cyrus And Nicki Minaj Real? Let’s Try To Figure It Out

We already covered one of the biggest moments at the 2015 MTV Video Music Awards, and now we’re going to talk about another one. The strange confrontation between Miley Cyrus and Nicki Minaj. As some of you may know, Miley Cyrus called out Nicki for her Twitter feud with Taylor Swift during an interview with the New York Times.

“I don’t respect your statement because of the anger that came with it. You made it about you. Not to sound like a bitch, but that’s like, ‘Eh, I didn’t get my VMA.’” She said during the interview. Basically, she was calling Nicki out because she felt like she was being disrespectful and jealous. This obviously didn’t go over well with the 32-year-old rapper.

While accepting the award for Best Hip Hop music video, Minaj thanked her beautiful fans and even her pastor, which was a little strange, especially when you consider the next words out of her mouth were…

And now… back to this bitch that had a lot to say about me the other day in the press. Miley, what’s good?

Ohhhh snap, right? Did she really just say that? She did, and Miley’s response was interesting. She tried to make it seem like the interview with the Times was heavily edited, “Hey, we’re all in this industry, we all do interviews, and we all know how they manipulate sh-t. Nicki, congratulations.” Cyrus said during the incredibly awkward moment.

However, we know the interview wasn’t manipulated. The Times even printed an unedited version of the story. It’s pretty clear Miley knew exactly what she was saying. She even repeated her position several times during the interview, so for her to claim her quotes were manipulated is bullsh-t.

But was this fight even real? We’re not 100% sure. It seemed fake, and Nicki’s little grin during the incident seemed to hint at that…

Plus, MTV News posted the photo you see below to their Instagram account just minutes after the incident. We know it doesn’t exactly take a lot of time to create a silly image like this, but it still makes you wonder if this whole thing was planned… Multiple sources (on both sides) claim the moment wasn’t staged, and this online-only clip showing Miley looking genuinely shocked seems to confirm that it was real.

Verdict? Real. Miley Cyrus displayed her terrible acting skills earlier in the night. There is no way she could fake that face you see above. She was truly surprised.