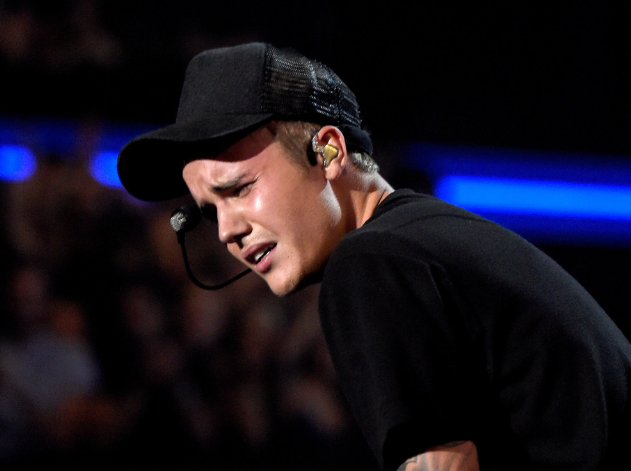 Justin Bieber Went From Flying To Crying, Watch His Emotional VMA Performance Inside! Justin Bieber has returned. He was featured in one of the biggest hits of the summer, Where Are U Now, and his latest single What Do You Mean is already taking over the world. People love the Biebs.

The 21-year-old superstar performed his new song at the VMAs last night, and it was obviously a pretty emotional moment for him. After ending his two-song performance by flying in the air, he was pulled back down to the ground where he started to cry in front of millions of people watching around the world.

Why was he crying? We’re not sure. Maybe he was just glad to be back on stage. Happy to be focused on the music again. Or maybe something happened before the event that made him a little emotional. Maybe he was thinking about his relationship with Selena Gomez.

Speaking of Selena, what was her reaction to Bieber crying on stage? We’ll never know. Gomez and Swift had apparently exited the venue before Bieber’s performance. By the way, Bieber just released the new music video for his latest single. You can watch it below. It’s actually pretty freaking cool. Better than the actual song.