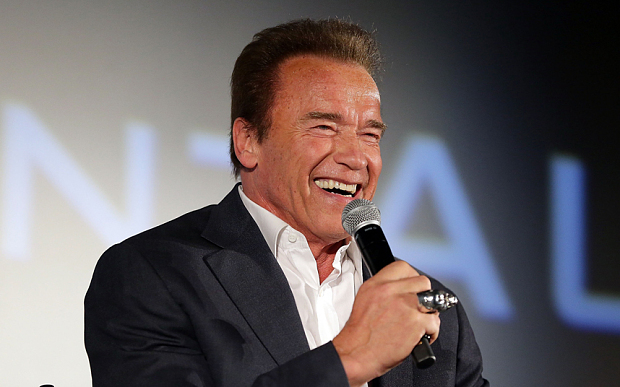 For awhile now, rumors have been flying with widespread speculation indicating that NCB was looking for a minority to take over the chair. Celebrities like Magic Johnson, George Lopez and Richard Branson were all announced as considerations. Only today has NBC announced that they had decided to fill the seat with Schwarzenegger …who might count as a minority if you consider his accent.

Of the decision, Arnold states;

I have always been a huge fan of The Celebrity Apprentice and the way it showcases the challenges and triumphs of business and teamwork. I am thrilled to bring my experience to the boardroom and to continue to raise millions for charity. Let’s get started!

Looks like it’s going to be a very interesting season on Celebrity Apprentice.