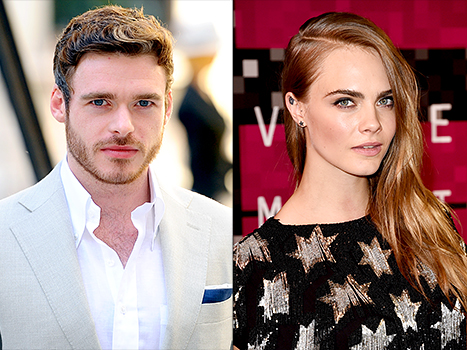 Cara Delevingne Responds To Richard Madden’s Rude Comments, Find Out What She Said Inside! Earlier this week, we showed you what Richard Madden thought of Cara Delevingne‘s viral interview with Good Day Sacramento. The former Game of Thrones actor told Yahoo! Lifestyle that the actress came off as unprofessional and ungrateful.

He even implied that she should stick with her modeling career if she can’t handle the stress of multiple interviews, “If you’re not capable of doing it gracefully, then don’t do it.” He said.

Obviously, this didn’t go over well with the 23-year-old actress. She responded to Madden on her Twitter account. Wait…what? We’re being told that Richard Madden kinda apologized? The war is over? No more sick burns?

Aw, man. We wanted more drama, Madden! What the hell were you thinking? Being all respectful…gross. But seriously, it didn’t seem like he was misquoted. Maybe it did get blown out of proportion, but don’t take back the words you clearly said. Just admit you were wrong and move on.

Anyway, it looks like this won’t be the next Nicki Minaj/Taylor Swift battle. Better luck next time, folks.