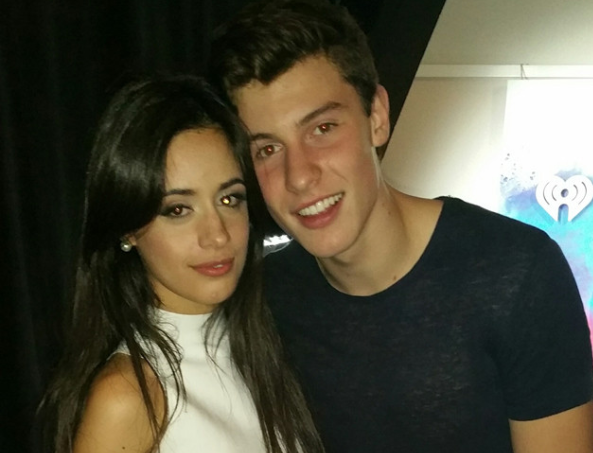 Love is in the air this Tuesday morning. We can almost smell it. A source has confirmed to E! News that Shawn Mendes and Camila Cabello are dating. And if you’re over the age of 25, you might be wondering, “Who the heck are these people?”

Well, these people might be the new Justin Bieber/Selena Gomez in a year or two. 17-year-old Mendes just hit it big with his new single Stitches. It’s actually a really catchy song, so just know that before you click the link to listen to it. You might have to explain to your friends later why you’re singing a song by some 17-year-old kid from Canada.

As for Camila? Well, you probably remember the 18-year-old from The X Factor. She tried out for the show as a solo artist, but failed to advance in the later rounds by herself. But then Simon Cowell worked his magic and formed a group (Fifth Harmony) with her and four other girls from the audition process. It took a few years, but now Fifth Harmony is one of the hottest groups in music. And it looks like Mendes and Cabello are ready to be a power couple. They have been friends for some time, and sources say they had recently been flirting hard with each other. When E! News interviewed Cabello on the iHeart Radio Music Festival red carpet, Mendes crashed the interview.

At one point, someone mentioned they would make a cute couple, “We can’t do that! I mean Spanish and Canadian don’t really mix.” Mendes said. And then Cabello added, “We actually hate each other in real life. We can’t stand each other.”

Of course, we know that’s not true. Just take a look at some of their adorable Instagram photos. There is definitely something going on between them. “@shawnmendes and i are in desperate need of caffeine. #iheartradio“ “remember that one time @shawnmendes and @schloss8 decided to turn me into a fruit basket while i was napping?…. KEEP YOUR EYES OPEN BOYS“