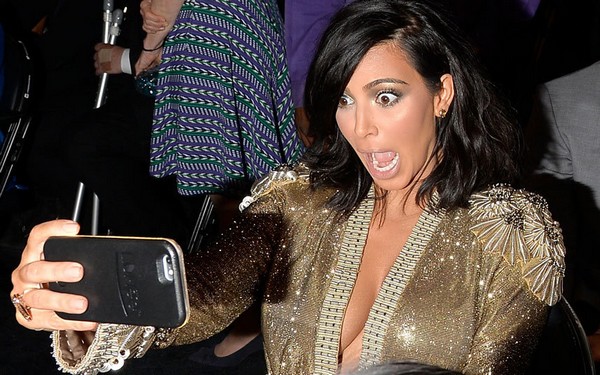 It’s easy to be a celebrity everyone loves. Ryan Gosling, Chris Pratt, Ellen DeGeneres, Will Smith, and the list goes on and on. Those stars have it easy. They can do and say almost anything without getting in trouble.

But the celebrities you see below? Every little thing they do is examined. People WANT to find things they can use against them. They want to justify their hate, but we’re here to tell you that sometimes your hate is irrational. The celebs below aren’t bad people.

It’s also interesting that most of the stars below are women. I think this proves the whole “she’s just a bitch” theory that seems to only target women.

Anyway, check out the list. Maybe the hate in your heart will decrease. This one is honestly a mystery. A few years ago, people just started hating Anne for no reason. 2013 was the worst of the Hathahate, which is an official term by the way. Some people claimed the hate came from her trying too hard. Critic Richard Lawson said the following, “She’s got this theater-kid thing where she adopts the mood of every situation she’s in … but wildly overcompensates every time.“

Even if that is true, that’s certainly no reason to hate her. And yes, people REALLY did hate her. There were blogs dedicated to bashing the actress. The good news is that the amount of hate is starting to decrease. Anne has managed to survive the worst of it.

Hopefully the happiness continues, but she better watch herself. The haters are still watching.  Oh, and let’s end the Hathaway portion of this list by providing you all with a quote from someone who has actually spent time with her.

Interstellar co-star Jessica Chastain had this to say about Anne…

“Anne Hathaway is so nice and everybody that says stuff like that are bullies, and mean, and jerks. She’s so nice, she’s so talented, so intelligent, and a beautiful person. I hope to work with her again and again.” This one is not a mystery. It’s easy to see why people have a problem with Miley Cyrus. Heck, I’ll admit it, I was once a Miley Cyrus hater. I thought she just wanted attention 24/7. I thought she was selfish and incredibly spoiled, and sometimes I still think those things.

But the truth is, she’s not a bad person. And she doesn’t walk around showing her nipples all the time for attention. She does it because she thinks differently than most people. She questions things that don’t make sense to her, even if the majority of people accept these things because “that’s just the way it’s always been.”

You can click this link to watch the interview that changed my mind about her. Maybe it will do the same for you. Or maybe it will make you hate her even more. It’s your life. Okay, so Russell Crowe has given people a few reasons to think he’s a douchebag. He’s lost his temper several times, I mean even South Park has made fun of him for it. But just because he’s lost his cool a few times, doesn’t make him a terrible guy.

In fact, many people claim he’s actually a really nice guy. Even the beautiful, talented, perfect human being Emma Watson said he was “amazing” to work with. And you know what? When Emma Watson says something, I am going to believe her!

Look at how happy they look together… 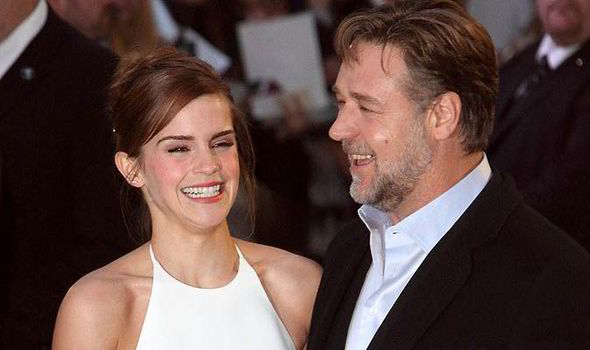 The Kristen Stewart hate is super silly. People hate her for two reasons: the first reason being that she cheated on Robert Pattinson, and the second reason has something to do with the fact that she doesn’t smile enough. Let’s just talk about that second problem real quick. Why is it even a problem? Her not being able to fake a smile is actually refreshing. You know when Kristen Stewart smiles? WHEN SHE FREAKING WANTS TO SMILE! That’s when everyone should smile. No one should be forced to smile, so if you hate Stewart because she doesn’t smile enough, please go stare at cute animals until you’ve changed your mind.

And now let’s talk about the cheating. Yes, she made a mistake. But why did she take all the blame for the affair? She was caught with her 41-year-old boss/director, Rupert Sanders. He was married at the time and almost 20 years older than she was.

He held a position of power over her. He should have never let things get that far. If you’re going to “hate” anybody, then maybe you should think about hating him.

But honestly, I wouldn’t even suggest doing that. Don’t spend your time hating people, especially when you’ve probably made some of the same mistakes before. People claim the Glee star is a huge diva, and just like with Anne Hathaway, they claim she tries too hard. That’s extra hilarious when you consider Stewart made the list for allegedly not trying hard enough. You just can’t please the haters. There are (were?) blogs dedicated to making fun of Lea, even after the tragic death of her boyfriend/co-star Cory Monteith.

But you know what? If you block all the negative comments and listen to a few of her interviews, you’ll probably see what I did. She seems like a sweet, confident and intelligent person. Does she like attention? Of course she does, but almost all actors like attention. She’s the only one being honest about it. Okay, okay. There might be some of you screaming right now, “WHAT!? I LOVE J-LAW!” Yes, we know you do. I also love Jennifer Lawrence. A lot of people love the 25-year-old actress, but unfortunately there are a lot of people who hate her as well. Some people hate her because she tries too hard to be “normal.” They believe she’s just acting in interviews. According to them, we never get to see the true J-Law.

I find that hard to believe though. Everyone who has actually spent time with J-Law absolutely loves her. I mean, are we all forgetting how enamored David Letterman was with her? We all know why people hate Kim Kardashian. She’s only famous because she had sex on camera! HER VOICE IS ANNOYING, HER BUTT IS FAKE…EVERYTHING ABOUT HER IS FAKE, FAKE, FAKE! I HATE HER! WHY DOES SHE HAVE SO MUCH MONEY! UGH…LIFE IS SO UNFAIR!

Did the sex tape help her career? Sure. In the same way Never Gonna Give You Up helped Rick Astley’s career. It put his name back out there, he made money, went on some talk shows, booked some concerts, but you don’t see his face all over your television. You don’t see TMZ following him around. He’s not bringing home Kim Kardashian money. Not even close.

Kim took advantage of the sex tape. That’s all she did. It was a smart business move and people really should stop hating her for it. When Kim spends all day at a photoshoot, you never hear anybody telling the tabloids how difficult she was to work with. That’s because she actually does treat people with respect.

Poor Kanye. People just love to hate the guy. He could say, “I love puppies! They’re adorable!” And people would be like, “KANYE HATES KITTENS!!!” That’s just how crazy the Kanye hate is. People should love Kanye because he doesn’t feed you bullsh-t. You might not agree with everything he says, but at least you know he believes it.

You hear people complain about how fake Hollywood is, and here you have one of the realest dudes in Hollywood receiving all this hate because he doesn’t have a filter.

Stop the Kanye hate. You don’t have to agree with him on every subject. I certainly don’t. But at least listen to him and give him a chance.