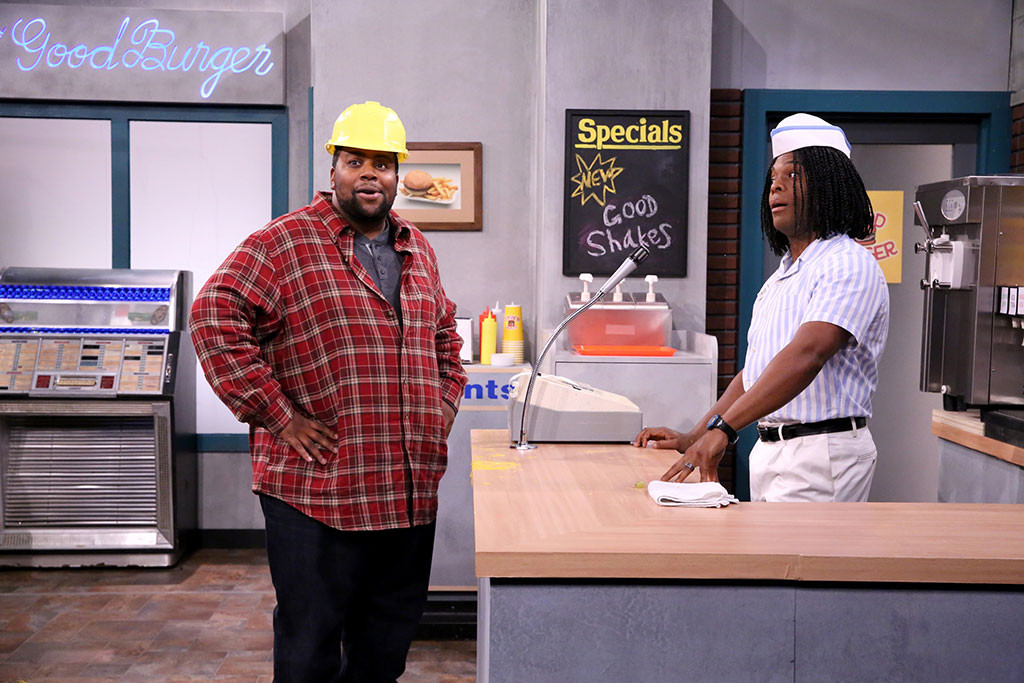 Kenan & Kel Reunited, And Yes It Feels So Good! Watch The Hilarious ‘Good Burger’ Sketch Inside! Honestly, we didn’t think this would ever happen. It seemed like Kenan Thompson had forgot all about his less popular comedy bro, Kel Mitchell. They were two of the biggest Nickelodeon stars back in the day, ending with a four year run of the ridiculously fun show, Kenan & Kel.

And of course, we’re sure you all remember the 1997 film Good Burger. The film evolved from the ‘Good Burger’ sketch they did on the Nickelodeon series All That. Even though the movie wasn’t a hit with the critics, it’s gained a cult following since being released.

Sadly, we learned a few years ago that Kel and Kenan were no longer close. During a 2012 interview with TMZ, Kel said, “The truth is Kenan does not want to be seen with me in any form of media, or even have my name mentioned around him.”

But you know what? Forget all that, because Jimmy Freakin’ Fallon worked his late-night magic and managed to get his former SNL co-star to agree to make one more sketch with his Good Burger buddy.

Check out the hilarious video below…

Jimmy Fallon is the man. He’s having one heck of a week between this and his viral Empire parody, Jimpire. You can check out that hilarious video by clicking here.