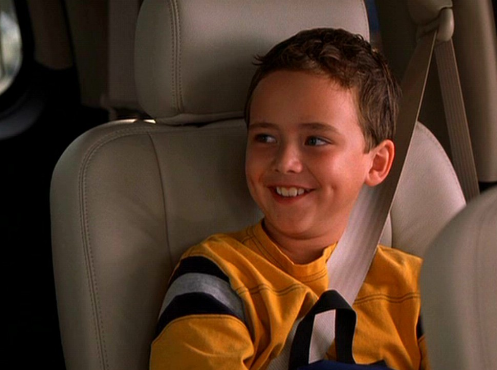 It’s hard to believe, but it’s been 12 years since the release of the strangely popular Freaky Friday remake starring Lindsay Lohan and Jamie Lee Curtis. The film was a hit with just about everyone, even the critics seemed to like it, receiving a certified fresh rating of 88% on Rotten Tomatoes.

It was also successful at the box office, taking home more than $160 million worldwide. One of the reasons the film is memorable is because of the chemistry between Jamie Lee and Lindsay. They worked extremely well together; however, they weren’t the only stars receiving laughs. Lindsay’s little brother in the film, Ryan Malgarini, was a scene-stealer.

So what does Mr. Malgarini look like now? Pretty normal. He’s now 23-years-old and still acting out in Hollywood. He’s made a few appearances on shows like Bones and Mike & Molly. He also starred in the independent romantic comedy The Young Kieslowski. It premiered last year at the Los Angeles Film Festival, where it won the audience award for Best Narrative Feature. He’s also on Instagram, which means you can stalk him without feeling like a creeper. Looking at some of the photos and videos, it seems like Ryan might be trying to take over the music world as well. He’s posted a few clips of him playing the guitar and singing.

You can check out one of the clips below…