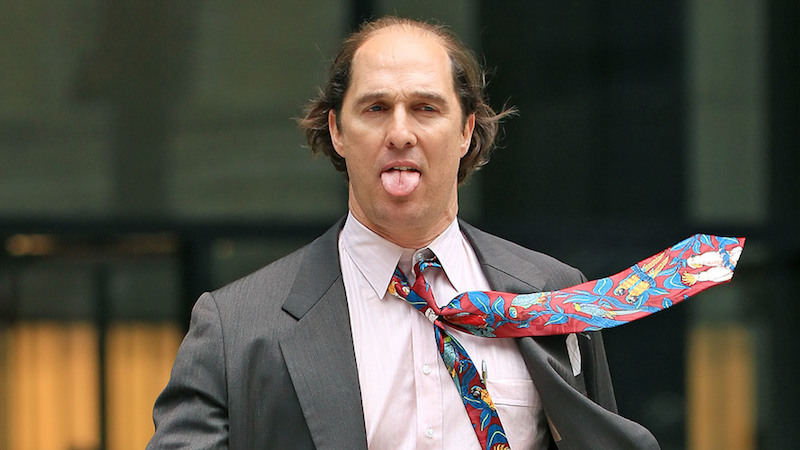 Female fans wept everywhere this weekend over new photos of Matthew McConaughey, showing a significantly heavier, and much balder star. The 45-year-old former heartthrob was photographed this weekend while on the set of his new movie, Gold.

The star is sporting a serious case of male pattern baldness, as well as an extra 20 pounds for the role of Kenny Wells, a man who ventured into the Indonesian jungle in search of gold. The yet to be released movie isn’t scheduled to come out until 2016, but it’s pretty likely that McConaughey will be back to his handsome, Lincoln pimping self by then.

McConaughey might be going for another Oscar win. The last time he drastically changed his weight was for his role in the Dallas Buyers Club, where he played Ron Woodruf, a man with AIDS who ran an operation designed to get others AIDS patients the medicine they needed in the late 80s and early 90s. His portrayal (and dramatic 47-pound weight loss) won him a best actor Oscar, which he might be trying to replicate with this new role.

One thing is for sure. I bet gaining the weight was a lot more fun than it will be losing it.