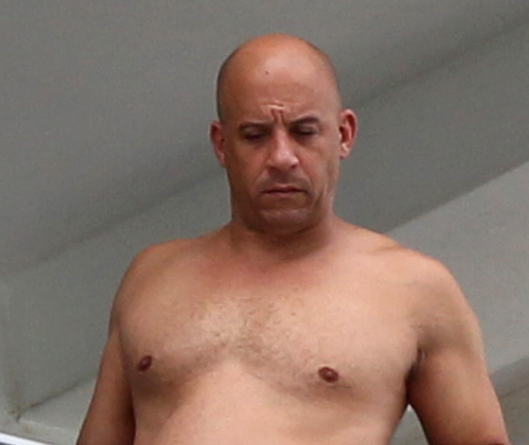 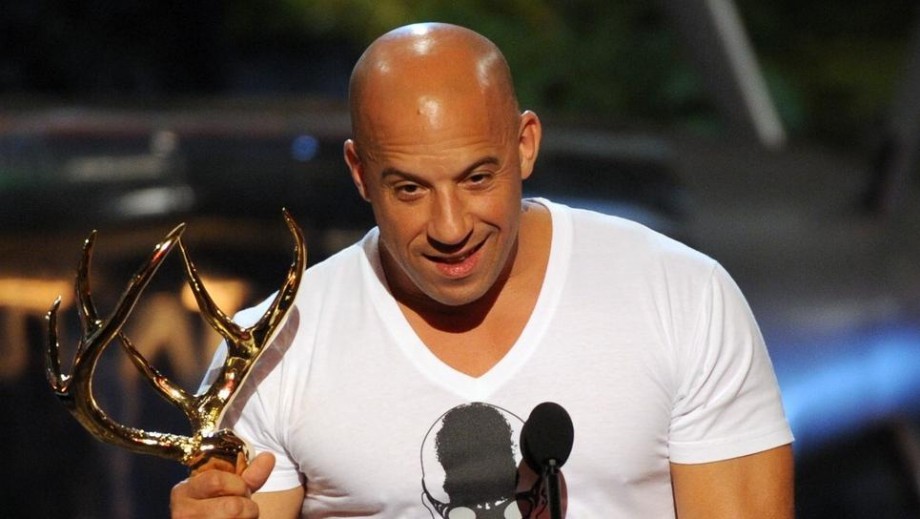 UPDATE: OCT 12, 2015 – Vin Diesel took to instagram and showed us what he was working with. He never said that the photos below were fake, but he did say that body shaming was not cool.  Here’s the Smack!

Vin Diesel is known for being this super awesome action star. He’s never been the skinniest dude in the world, but that’s only because he usually has so much muscle packed on his body. The 48-year-old has always had that, “Don’t f–k with me” look.

I mean who could forget this shower photo? The ladies went NUTS over the photo… But it looks like Vin has put on a significant amount of weight since this photo was taken. We’re not sure if the weight gain is for a movie role, or if he’s just really stressed about this upcoming Furious 8 film, or maybe this is just the result of having too much on his plate. You can take that however you’d like.

In these photos snapped in Miami, Vin is no longer the picture of perfect health. Smoking a cigarette, carrying around some extra pounds…it’s not a good look!

VIN DIESEL SAW THESE PICS AND POSTED THIS RESPONSE & PHOTO