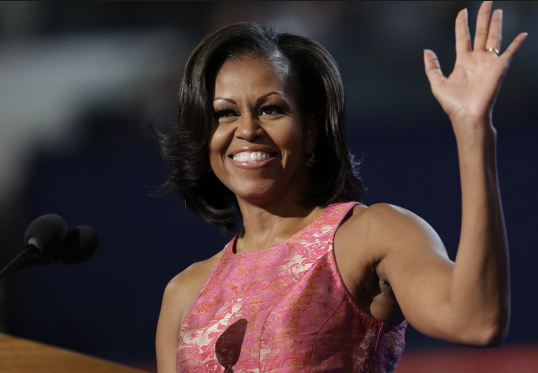 Do You Want To Be Like Michelle Obama? First Lady Shares Her Girl-Empowering Playlist On Spotify!

Yeah, yeah…we all know what Barack Obama listens to. He’s already released a Spotify playlist complete with songs from Coldplay, The Temptations, Bob Dylan, Beyonce and John Legend. It’s clear his musical game is on point, but what about Michelle Obama? Is she also a fan of great music, or is she jamming out to Luke Bryan and Soulja Boy?

You all should know Michelle only listens to the best. The First Lady celebrated International Day of the Girl by releasing her first-ever Spotify playlist, and it’s filled with some extremely powerful ladies.

Featuring songs from Beyonce, Demi Lovato, Alicia Keys, TLC, Lauryn Hill, Aretha Franklin, and many more! You can click here to view/listen to all the songs. It should keep you busy for the next hour. There are a total of 20 songs on the list.

And as we mentioned above, Demi Lovato made the list, and thankfully it wasn’t her Cool for the Summer song because I think we can all agree that would be uncomfortable. It was her Confident song that made the list, and she sent out a tweet to Michelle to let her know she appreciates making the list… That has to be a magical feeling as an artist. To have the freaking First Lady put one of your songs on a playlist? She’s probably still riding that high.

Also, artists like Alicia Keys must feel REALLY special, because not only did she make this playlist, but Michelle Obama also mentioned her name back in 2012 when she was asked what songs she had on her iPod…

My iPod is so eclectic. It’s everything from Elle Varner, which Malia turned me onto…so I got a few songs of her; Alicia Keyes. I just got done listening to ‘Blackbird’ by Paul McCartney, one of my favorites.

Now someone needs to ask her what her favorite gossip website is. We’re sure she would say TVST, which means we’d finally be able to make a, “First Lady Approved” banner.