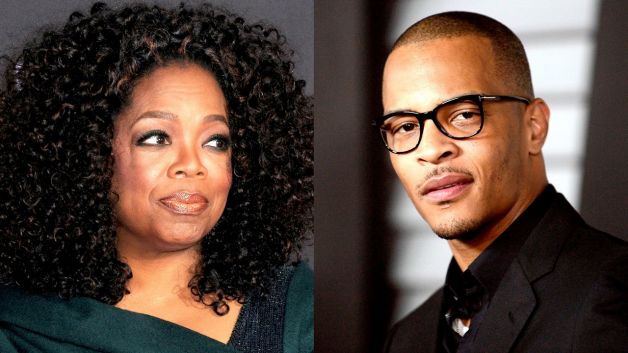 Although T.I. apologizes for the comments, the damage had already been done. T.I. is quickly learning that you can’t put the toothpaste back into the tube.  Once you say something, it’s out there!  However, from his super-lame apology, I don’t think he really cares.

It all started during an interview that T.I. had with DJ Whoo Kid. During the interview, T.I. said that he thought a woman could do any job except run the country.  Basically he is saying that the President of the United States is a job like no other.  I would agree with that. He said that a woman couldn’t run the country but they could be a CEO of a major corporation.  I don’t agree with that.

The comments came at a point in the interview when he began talking about his support for some of Donald Trump’s ideas.  Ultimately he says that Trumps antics would prevent him from getting his vote; however, he could not vote for a woman.  Here is T.I.’s viewpoint in his own words,

Not to be sexist but, I can’t vote for the leader of the free world to be a woman

…Every other position that exists, I think a woman could do well. But, the president? It’s kinda like, I just know that women make rash decisions emotionally – they make very permanent, cemented decisions – and then later, it’s kind of like it didn’t happen, or they didn’t mean for it to happen. And I sure would hate to just set off a nuke.

[Other world leaders] will not be able to negotiate the right kinds of foreign policy; the world ain’t ready yet. I think you might be able to get the Lochness Monster elected before [a woman]. It’s not right, but I’m just saying…

First of all, when someone opens up their comments with “Not to be ‘blank’” That means that what they are about to say next is going to be very “blank”. If they say, “not to be racist”, the next comment will be very racist.  So when he says, “Not to be sexist”, I already knew what to expect.

Secondly, T.I. had things half right. Some women are indeed emotional and make very emotionally based, sometimes irrational decisions. However, in the year 2015 men have become so pussified that they are now as emotional and irrational. It’s not that more women are unemotional, it’s that more men have become these creatures that need to be stroked and cared for, often times by women.  Our job as voters is to pick the man or woman who is capable of making the right decisions in a highly emotionally charged situation.  Vote for the few men or women left in this world that can handle the business at hand based on what is best for our country; that is our assignment as voters.

Maybe in the 70’s men were these stoic figures of strength and fortitude and women were these helpless emotional creatures, but in the year 2015, we are seeing that there are no differences. A “Bitch” can come with either male or female productive organs.

TMZ caught up with Oprah and asked her about T.I.’s comments. She couldn’t believe that he actually said that. She didn’t even take the rapper’s comments seriously, which in itself should be embarrassing for T.I.  As she signed autographs, Oprah says,

Nobody said that, in this day and age,

Well, you know what I say to that… I want to say, ‘Honey child, hush your mouth. You don’t know what you’re talking about.’ That’s what I would say… I don’t buy it, you know, it’s not true. I think people just like to talk.

Here is the clip of Oprah….

After the story sparked outrage with internet feminists and trolls, he took to twitter

My comments about women running for president were unequivocally insensitive and wrong. I sincerely apologize to everyone I offended.

We know he didn’t mean a word of that apology and he really doesn’t care what we think. He is going to sell just as many records and go home to his wife and count his millions ($50 million). Speaking of his wife, Tiny had some words in defense of her husband…but she really didn’t defend him well, in fact she herself feels that he can be sexist at times. Geez – Thanks Hun!

You can also watch T.I.’s interview with DJ Whoo Kid. He also has some interesting things to say about Iggy Azalea and Donald Trump. The sexist comments began at the 13:00 mark.