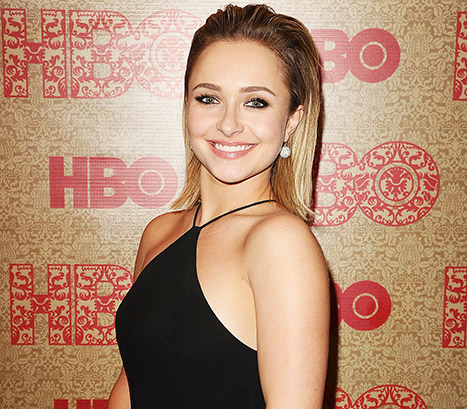 It looks like Hayden Panettiere wasn’t playing around a few weeks ago on Live! With Kelly And Michael. You may remember seeing our story on her appearance on the show, where she opened up about her struggles with postpartum depression.

“There’s a lot of people out there that think that it’s not real, that it’s not true.” She told the audience, adding that, “It’s something that’s completely uncontrollable. It’s really painful and it’s really scary and women need a lot of support.”

At the time, it sounded like she had already battled the depression and won. It seemed like she was just trying to warn women that it is a real thing, and you shouldn’t be ashamed if you experience it. However, it’s now clear she was/is still struggling with it herself. The 26-year-old actress has checked herself into a treatment center to help her in the battle against postpartum depression. Her rep released a statement to E! News…

Hayden Panettiere is voluntarily seeking professional help at a treatment center as she is currently battling postpartum depression. She asks that the media respect her privacy during this time.

This news breaking after Hayden canceled a recent appearance at a domestic violence awareness event in New York City. Another interesting thing about this story is that Hayden’s character on the ABC show Nashville is also suffering from extreme postpartum depression.

Hopefully she receives the help she needs, and hopefully her family & friends are supportive. The last thing she needs is some Tom Cruise douchebag telling her all she needs to do is run a few miles and eat some fruit.