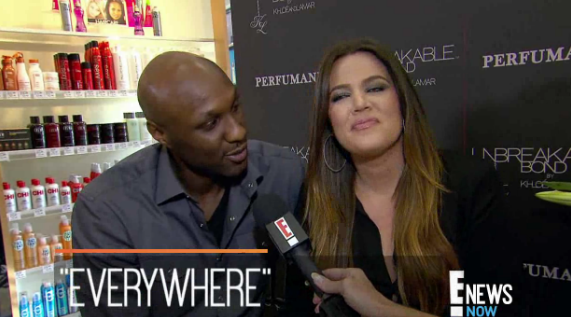 Khloe Kardashian Continues To Be Amazing, Stays Right By Lamar Odom’s Side As He Moves To LA Hospital Like we said before, hate on the Kardashian family all you want, but when it comes to their love for Lamar Odom? It’s impossible to hate. Even after all the crap Odom has put Khloe Kardashian through, she continues to stick right by his side as he continues to recover from his almost deadly overdose.

Sources inside the Sunrise Hospital & Medical Center claim the 31-year-old reality star never left his side. She was there with him at all times, even following him when he left the room for testing.

And now she’s following him back to Los Angeles. The former NBA superstar was discharged from the Las Vegas hospital and transported to a hospital in LA on a helicopter. You can see Khloe leaving the hospital in the photo below… So how is Odom doing right now? Well, he continues to make progress. He’s now speaking in full sentences, and he’s able to swallow and eat on his own. He’s still on dialysis; however, he’s no longer wearing an oxygen mask. That’s a great sign for a full recovery.

“You can tell it’s taking a toll on Khloe, but she is staying strong for Lamar.” One source told E! News. Also, not that it really matters since someone almost lost their freaking life, but TMZ is reporting Khloe has put some ice on her relationship with James Harden. She needs time to figure out what exactly she wants in life, because she still has strong feelings for Lamar.

We’ll continue to keep you posted. News will probably slow down a bit for now as he continues to recover.