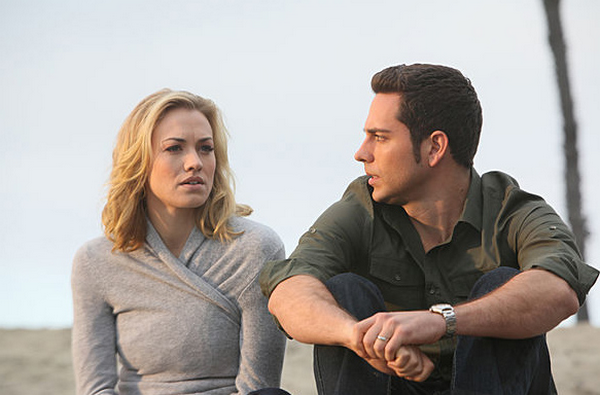 Relationship Goals: 9 Of The Most Adorable TV Couples

Let me just apologize for that title. Anything “goals” usually makes me want to rub boogers all over the person who said it, but the title just looks better with that part in it. It’s complete, you know? Just like the lovely couples below.

I watch an unhealthy amount of television, and I’ve noticed that I am attracted to television shows with great characters. Interesting and “real” characters have always been more important than a great story to me. If I can connect with a character, then I am probably going to watch the show, even if what they’re doing is incredibly boring.

So just keep that in mind when you check out the list below. And I’m sorry if your favorite couple didn’t make the list. I am a terrible person. Your favorite things are obviously better and more important than mine.

Yeah, Ross and Rachel’s relationship got a bit annoying sometimes. The writers couldn’t let them be happy for too long, but we all knew Ross and Rachel were going to be together in the end. Ross was completely in love with Rachel, like, you know when people claim they’d take a bullet for someone? Ross would have for Rachel, and he wouldn’t have to think twice about it.

And Rachel? Well, she got off the plane for him. Probably mid-freaking-flight too. She jumped out of that plane and the power of love carried her down like a leaf falling from a tree. Lorelai might have attempted relationships with a few men during her time on Gilmore Girls, but there was only one romance the fans approved. Everyone knew Luke had a huge crush on Lorelai. They were always there for each other, even when they were strictly just friends. Their adorable connection was actually quite clear in season one of the show, when Luke shut down the diner just to drive Lorelai to the hospital.

The list of adorable Luke/Lorelai moments could go on forever, but I have to mention some pretty exciting news. It was just announced (10/19/2015) that Netflix will be bringing back the series for a limited run of four extended episodes.

And by the way, Lauren Graham (Lorelai) believes her character is still with Luke… ‘Chuck‘ will always be one of my favorite television shows, and my love for the show centers around the relationship between Chuck and Sarah. From the moment Sarah walked in the Buy More, you could tell Chuck was completely enamored with her. And Sarah obviously felt the connection, but she was forced to hide it because of her responsibilities to the government.

But true love just can’t be stopped. Once you open up that bag of heart-shaped potato chips, you can’t stop eating them. Chuck and Sarah’s love was so adorable that even Casey learned to appreciate it.

Casey never gives hugs, so this moment was actually pretty special. For those who haven’t watched the show, click here to check it out on Netflix. It’s worth your time. There might not have been anything romantic about their relationship, but I think we can all agree Walt and Jesse’s bond was freaking adorable. It’s the relationship I wish I had with my father, minus the whole meth/watching my girlfriend die/poisoning a kid thing.

By the end of the series, Walt didn’t care about hardly anyone, but he always had a special place in his heart for Jesse. Sure, he tried to have Jesse killed a few times, but at least he gave the killers instructions to make it painless.

And I won’t ruin the ending for you, but I think the final moment between Walt and Jesse proves Walt truly did think of him as family. Of course they were going to be on the list. The romance that made everyone believe they could find love inside their office. Unfortunately, Jim and Pam’s relationship was carefully crafted by talented screenwriters in Hollywood. A love this perfect doesn’t exist in the real world. This is something I realize now, but when I was younger and this show was still on the air? I thought John Krasinski and Jenna Fischer were together in real life, but then John ruined everything by marrying Emily Blunt.

Don’t get me wrong, Emily Blunt is a lovely and beautiful woman, but she’s not Pam Beesly-Halpert…

You know the creators of Parks & Rec did a marvelous job creating Ron Swanson. Why? Because he’s one of my favorite television characters, even though I hate the one thing he loves most in the world: meat. Mr. Swanson would probably hate going out to dinner with me.

But you know what? I’m jealous of the relationship Ron has with meat. I’ve never been that close to anyone or anything.

And that one time Ron was forced to cheat on meat with a banana, he couldn’t even enjoy the experience… All these beautiful relationships on this list, but most of them can’t touch the relationship between J.D. and Turk. Their relationship had three stages…

They were all those things at one point. In high school, I remember one of my friends asking his girlfriend, “Why can’t you love me like J.D. loves Turk?” And his girlfriend replied, “Who?”  And that’s when he dumped her a** for not watching quality television.

Did that actually happen? Of course not! We all know I didn’t have any friends in high school. But still, someone has probably been asked that before.

Do you see the way they’re looking at each other? They are totally picturing each other naked. This was another obvious choice. We all wanted to be like Cory and Topanga. Even Cory’s best friend, Shawn, wanted what his best friend had with Topanga.

And can you really blame him? They had it easy, basically having their life together planned out by the time they entered high school. Yeah, they had a few bumps along the way, but they ended up staying together and getting married.

Now, thanks to Girl Meets World, we know their marriage was a success. They might be a little older, and they’re forced to be a little more responsible now that they have two kids, but the old Cory and Topanga still show up occasionally.

Some people might be questioning this decision, but those people obviously haven’t watched Louie. Out of all the relationships on this list, Pamela and Louie’s might be the most realistic. As you can see in the video above, Pamela was NOT feeling Louie at all. Louie gave this beautiful speech, and even though it obviously moved her, she didn’t just jump into his arms and fall in love.

Louie never did stop loving Pamela even after her multiple rejections; however, he did go on dates and had sex with other women.

Then one day, Pamela returned and gave ol’ Louie a chance, and he took full advantage of it. Finally timing everything just right and getting that first real kiss under a meteor shower in the park. And then some other stuff happened, but I don’t want to spoil the whole show for those who haven’t watched it.

I will say, the scene involving the photo below is probably the most hilarious/sweetest thing I’ve ever seen on television. 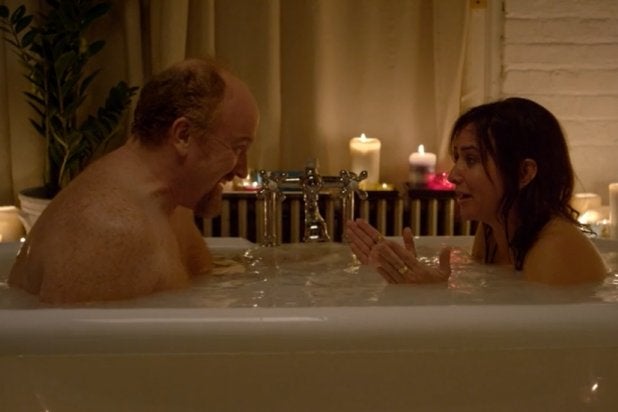