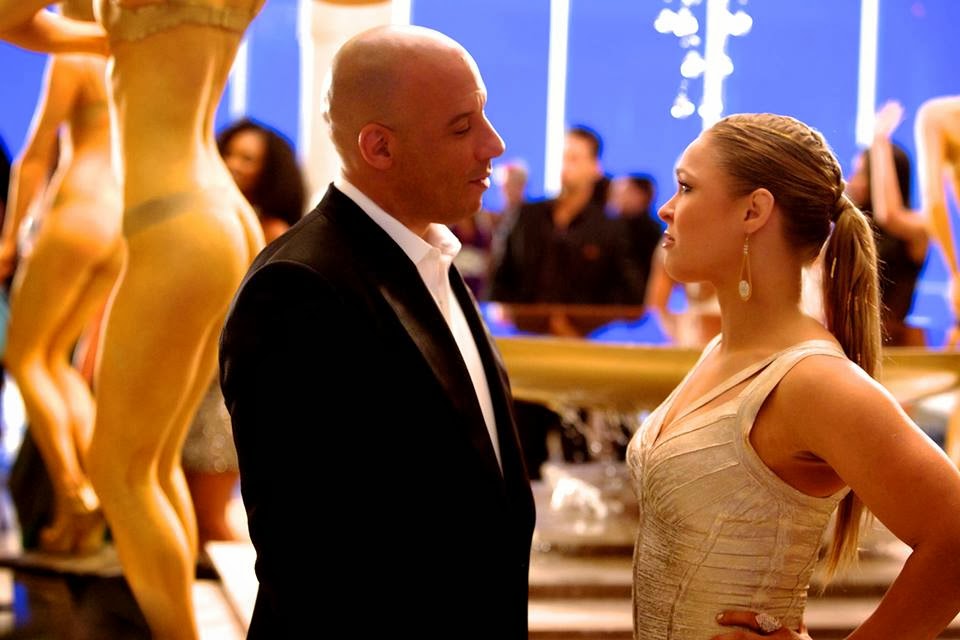 Being the daughter of Vin Diesel was already going to protect 7-year-old Hania Riley Sinclair from boys (or girls!) when she starts dating. But the 48-year-old actor decided his protection wasn’t enough, because he might not always be around. She needs to learn to protect herself, and she’s learning how to do just that with a little help from Ronda Rousey.

Vin and Ronda met each other while filming Furious 7. Apparently, after Mr. Diesel placed Rousey back on the ground, he asked her to train his daughter. He wanted to create a beast.

He told Fox Sports the following…

First of all, I feel sorry for anyone that has to [date my daughter]. I wouldn’t want that on my worst enemy because I’m just that kind of dad. I’ve been thinking about this since the day I cut the umbilical cord, and because of that, I made a decision early on that I was going to do everything in my power to empower her to handle it herself.

That’s where “auntie” Rousey stepped in to train Hania in judo, “She is now an orange belt with stripes in judo. I’m dealing with it early. I’m creating a beast and I want her to be able to say ‘No means no.'”

Pretty awesome, right? She can probably already beat up most adults. One thing I’ve learned recently is that most people don’t know how to fight. If you start training in judo or jiu-jitsu, you’re going to be able to take down most people, even those that might be stronger than you.

If you have the time, check out this video below, which shows a BJJ master calmly taking down some drunken douchebag inside a restaurant.