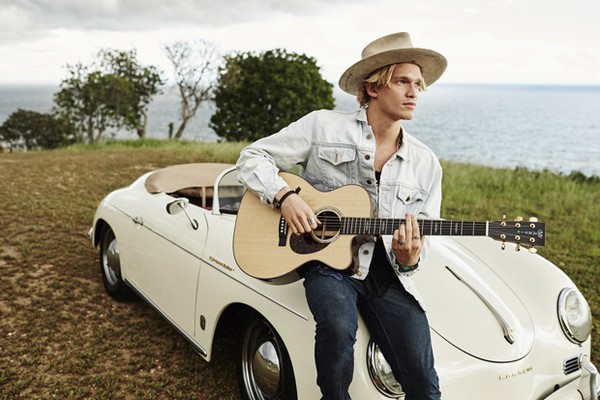 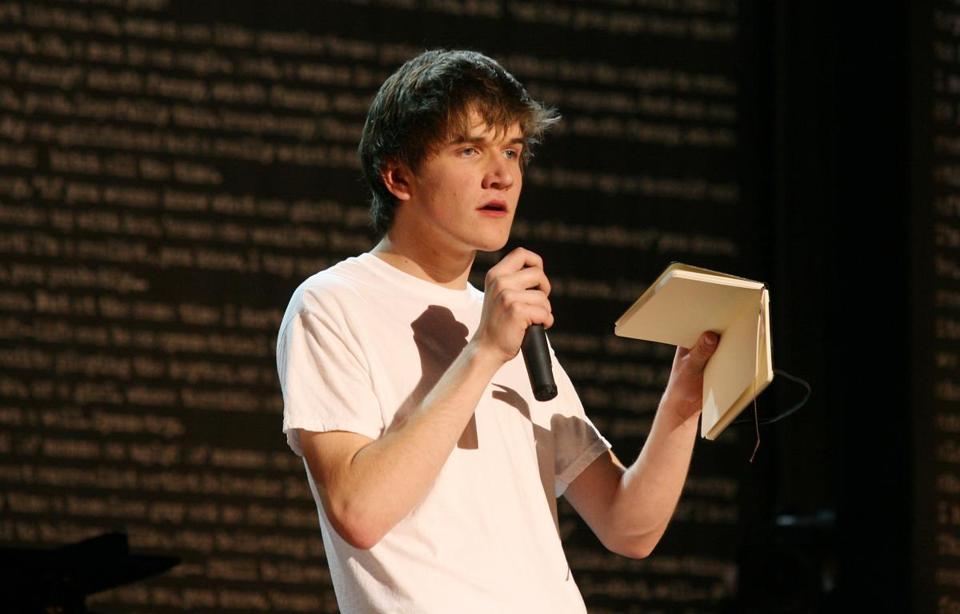 Do you have a secret talent no one knows about? Do you live outside the New York and Los Angeles area? Would you like to become rich and famous? Does this sound exactly like an advertisement for The Maury Show?

But seriously, if you have some talent and you live in the middle of Montana, don’t get depressed thinking you’ll never get noticed. Truth is, all you need is an internet connection and a video camera. People are getting discovered on YouTube every single day. The list you see below? It’s just seven examples, but there are more of them out there.

And another thing, don’t think you must move away from YouTube to become rich and famous. There are YouTubers out there making more than some legit celebrities in Hollywood.

So check out the list below, find out how these celebrities did it, and then go live your dreams. Unless, of course, you don’t have any special talents. Then you’re just a loser like me, who sits at home writing about people with actual talent. At just 18-years-old, Cody Simpson has over 7 million followers on Twitter. He has dated a model two years older than him, and he constantly hangs out with huge names in Hollywood like Selena Gomez and Miley Cyrus. How did he get so lucky?

YouTube. The Australian pop singer and actor started out just posting simple videos of him singing inside his bedroom back in 2009/2010. Click here to check out an old clip of Simpson singing a Justin Timberlake song. His big break came when record producer Shawn Campbell saw one of his videos on the site. He got him signed with Atlantic Records and flew him out to Los Angeles so he could start recording.

Five years later, and Cody Simpson is doing a-okay. Just recently, he started his own independent record label Coast House. He was also on Season 18 of Dancing with the Stars, and he landed a guest starring role on Cougar Town. We have a fresh one here. Alessia Cara is just now reaching superstar status, so you better jump on the train while there is still room. The 19-year-old singer/songwriter from Canada has worked hard to earn this shot at stardom, and I completely realize that sounds crazy to say since she’s only 19.

But really, she started her own YouTube channel when she was just 13-years-old. And unlike some of the stars on this list, she didn’t have that special overnight success. In fact, her most popular video (Sweater Weather Cover) has just over 1 million views, which is nothing compared to the views Justin Bieber, Bo Burnham, and Lucas received.

Those 1 million views were enough though. A production company noticed she had something special and sent her a message on Twitter. The rest is history.

You can listen to her debut single Here by clicking this link. Like I said, you’ll want to jump on the Cara train now. She’s not just another pretty face in the music game. She writes her own stuff, plays the guitar, and sings about sh-t that actually matters. This one shouldn’t surprise anyone. Justin Bieber is one of the most popular celebrities in the world. You can argue all you want about how terrible (or great) he is, but you can’t deny his success. The videos he uploaded to YouTube when he was only 12-years-old convinced big names in the music industry to take a chance on him.

Usher and Justin Timberlake were fighting over him. Why? Because they knew he was going to be huge. He was the first artist to have seven songs from a debut record to chart on the Hot 100. In 2013, 2012, and 2011 he was named as one of the top ten most powerful celebrities in the world by Forbes magazine. It’s crazy to think the world might still be Bieberless without YouTube. Okay, so Kate Upton didn’t start her modeling career on YouTube. She was already being featured in a few magazines; however, she was definitely not a household name. That all changed in the Spring of 2011 when a clip of her doing the ‘dougie’ dance at a basketball game went viral on YouTube. It had millions of views and earned her almost 200,000 new followers on Twitter.

She became the world’s hottest model after that, with a little help from another viral dance video one year later. Her ‘Cat Daddy’ dance video has over 25 million views, and you’ll understand why once you click on this link.

By the way, she doesn’t just have millions on YouTube. She’s got millions in her bank account as well. She also just finished filming a road trip movie with Alexandra Daddario. It’s scheduled for an early 2016 release, and you can bet millions of dudes around the world will be watching it. You may not recognize his real name, but you’ve probably heard all about his famous character, Fred Figglehorn. He created the character for a YouTube channel he started with his two cousins. Before Fred, they had a decent following and posted weekly comedy skits to the site for their fans.

But when Lucas unleashed Fred for a special Halloween video, the internet fell in love with the character. And this is where the story gets personal. I was a YouTube freak back then, and I remember being subscribed to their channel and watching the progress of the Fred character. At the time, it seemed like Lucas was afraid of giving the world too much of Fred. Even with the wild success of the Halloween video, the Fred character was hidden inside a room for too long.

So I sent him a message on YouTube, telling him he had something special with this character and that he should post more videos. He did, and the character became even more popular, eventually signing a deal with Nickelodeon to film Fred: The Movie in 2010. The film was so successful that Nickelodeon decided to build the Fred franchise. A sequel aired just one year later, and Fred even got his own show on the channel, followed by yet another movie in 2012.

Now I’m not saying I deserve any credit. I’m sure he received several messages encouraging him to continue the character. All I’m saying is that if you’re thinking of creating a character for your YouTube channel, talk to me first and I’ll tell you if it’s going to be a hit or not. Some of you might be thinking, “Wait, what? They were discovered on NBC’s The Sing-Off.” That’s correct. They won the third season of the show, got a cash prize of $200,000 and a recording contract with Sony Music. But that’s not where their story started, and it’s certainly not where their story ended.

The group originally only included Scott Hoying, Kirstie Maldonado and Mitch Grassi. They all created their group while going to high school together in Arlington, TX. One day, after hearing about a local radio contest, they performed their version of Lady Gaga’s Telephone. They didn’t win the contest, but it got everyone’s attention at school. The video was passed around and went “semi-viral” on YouTube. This gave them confidence, which is something they didn’t have before.

It was that confidence (along with some encouragement from a friend) that made Scott believe his group could be successful on The Sing-Off.  However, they were still missing two things. They needed to complete their group with a little bass and beatboxing. Finding the bass (Avi) was relatively easy, but they had to search for beatboxer Kevin Olusola.

And do you know where they found him? YouTube, of course.

But wait, there’s more! Even after winning The Sing-Off, the group still used YouTube to maintain and build their fanbase. Their official channel has almost 10 million subscribers and over 1 billion views. The group’s Christmas album, That’s Christmas to Me, peaked at number 2 on the billboard 200 and was certified platinum by December of 2014. It was the fourth-best-selling album of the year in 2014.

They also have a pretty neat documentary that you can watch on Netflix. Click here to check it out. Mr. Burnham is one of the original stars of YouTube. His original songs made the internet explode with laughter, and we’re not even exaggerating. Bo is probably responsible for at least 5-6 deaths. The video of him singing his song “My Whole Family…” went viral and was passed around online like a photo of Emily Blunt wearing yoga pants.

He ended up signing a huge deal with Comedy Central Records just before his 18th birthday. He’s been on several successful comedy tours around the country, and had his own television series on MTV, which only lasted one season because MTV viewers were confused when they didn’t see any insanely attractive roommates shouting at each other and having copious amounts of sex under five blankets on a bed only big enough for Verne Troyer.

Anyway, Bo Burnham is hilarious and you all should love him.