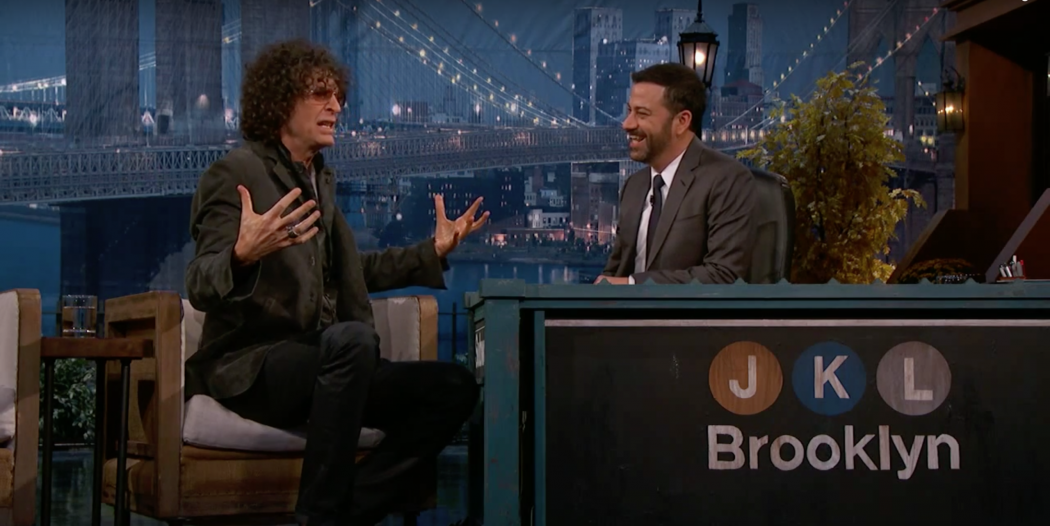 We told you earlier this week that Simon Cowell was coming back to the US to replace Howard Stern on the next season of America’s Got Talent.  This is a big deal.  The show revamped its entire structure to accommodate Howard’s schedule.  They moved the live shows from L.A. to Radio City Music Hall in New York to allow a super-busy Stern to do AGT and also keep up with his radio obligations to Sirius.

When rumors started to surface that Howard was leaving, Stern squashed them with this statement confirming that the rumors were true,

I gotta tell ya, I’m going through my own career evaluation right now…[and] I’m just too fuckin’ busy doing ‘America’s Got Talent’ and doing the radio show and everything.  You know, something’s got to give. NBC’s already asked me what my intentions are for next year, whether or not I would come back. And I kinda have told them I think this is my last season. Not ‘I think’—this is my last season.

Finding a judge is serious business, especially for a show like AGT.  AGT is hands down the summer’s most watched program.  It’s the highest rated TV Series averaging 10.7 million viewers and scoring a 2.4 rating among 18 to 49 year olds.  Those are astonishing numbers when you consider all the competing cable networks, Hulu, Netflicks and the fact that the show is on during the summer.   So why on earth would Howard want to give up a gig that pays $15 million that he can do from his own backyard?  Jimmy Kimmel got the answer. …and I have to say, it’s pretty lame.

Howard was recently on Jimmy Kimmel Live! where he disclosed the real reason he is getting out of the show.  He says, he didn’t’ like how he looked on TV. He said the entire experience was “torturous” and he hated it. Stern told Kimmel,

I thought it would be funny to go on a network television show. You know, here I am, Fart Man, and I would be on ‘America’s Got Talent,’ and suddenly it would be interesting to see me juxtapose with a family show.  And that was fun. But it was torturous. I hated every bit of it.

If you are a Howard fan you know that he has always had issues with the way he looks. He’s 6ft 4 inches and he’s kind of dorky.  He grew up in a predominantly black neighborhood in Roosevelt, Long Island where he was picked on and bullied.   Fans see him as cool, rich and married to a hot model but he sees himself as the nerdy school kid who wasn’t allowed to sit with the cool kids at lunch.  I actually don’t think he is embellishing when he says that the entire experience was torturous.  It probably was.  He said he worked out and got a new wardrobe but in his mind it didn’t help.

I thought, ‘Well, I’m going on network television. What I’m going to do is dress up.’ I went and bought $100,00 worth of wardrobe from John Varvatos. I really did. I invested in my wardrobe, I got a person to do my hair, I worked out, I decided to diet down to get thin.

And then I turn on the TV each week and I wanna throw up, Because I’m putting in all of this work for my look, to look good, and after all of that work, I still look like a nightmare. I just didn’t like it.

Here is the clip from Kimmel.

While part of that is true, Howard is not walking away from TV all together.  That is also one of the reasons he quit the show.  He says he has another opportunity on television that he wants to pursue and now with his new found freedom he can do just that,

I have been made an offer in television that excites me. Excites me to no end.  But I can’t do ‘America’s Got Talent,’ the radio show and this television opportunity.

An offer that can excite Howard Stern to no end?  I can only imagine.