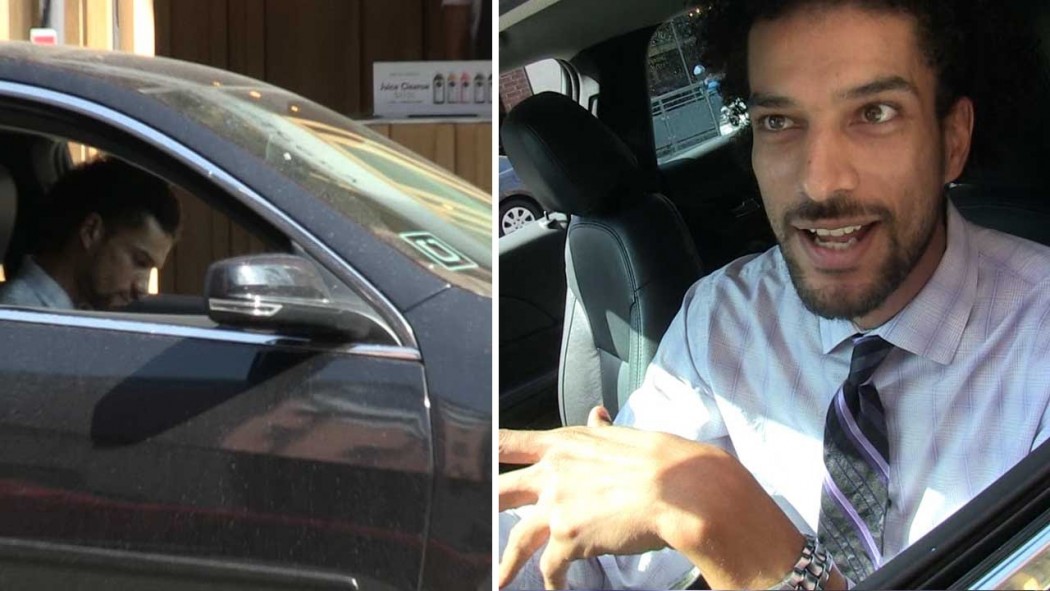 I’m not sure where to begin.  Is TMZ wrong for thrusting a camera in this poor man face, Is Corey Clark wrong for saying that he did have “relations” with Paula Abdul, or am I wrong for posting this story?   I say neither.  It’s all business and if you look at it with that positive spin, then everyone wins.

When we last saw Corey Clark, he was getting arrested for domestic abuse….however all of those charges have since been dropped.  It was refreshing to see that it was indeed just baby mama drama.   In Corey’s own words…

Now as a free man, minding his own business he comes across one of the trillion TMZ cameras.  They roll up on Corey Clark and ask him a few questions before getting a glimpse at the Uber badge in his car.  The camera man then tries to put the former American Idol contestant on blast by revealing his hustle.  Corey’s response was surprisingly respectable and made a lot of sense.  Uber allows him the freedom to earn money and provide for his family and still record in his spare time.  Boom.  That would have been a nice little story, but TMZ doesn’t do nice little stories….

Just to make sure that he would be able to get some money for his story, the camera man asked Corey about Paula Abdul and if he actually really hit that…..this is what Corey had to say

I see this as a win-win.  TMZ wins because they always do, Corey wins because he’s in the news again for something positive and I win because I get to bring you this exciting news that I’m sure will make your day better, from the luxury of my mom’s basement while sitting in my PJ’s and eating Capt’n Crunch.  This is the American Dream.

Corey has three children, 6, 8 and 10 years old.  After doing a little digging, I found this cover performance of Robin Thick’s Lost without You…and I say Corey, Thank God for Uber.  This is actually kind of terrible.