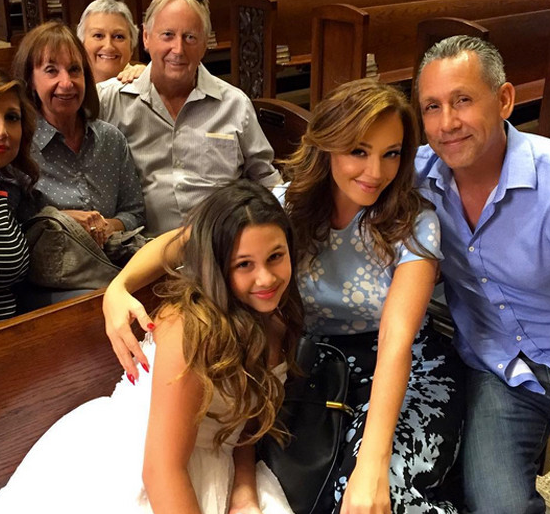 Leah Remini Talks Leaving Scientology, Claims No One Is Allowed To Say Anything Negative About Tom Cruise

The former daughter of the legendary Arthur Spooner on King of Queens has talked about her decision to leave the Church of Scientology before, but now she’s expected to get real deep during a special interview with 20/20.

In a sneak peek, Leah Remini talks with Dan Harris about how the church just became too much for her. She was beginning to think that everyone was out to get her. It was Scientology against the world, “As time goes on, you start to lose touch with the real world. The mindset becomes us against them.” She revealed.

And even though she knew leaving was something she had to do, it still wasn’t exactly an easy decision…

The decision to leave is you’re giving up everything you have worked for your whole life. I feel that people need to understand this has been my whole life and I want them to understand how it happens.

So what about this Tom Cruise business? He’s THE guy, right? Tom Cruise is basically not even human. He’s a god, and we all should kiss his feet and assure him that size does not matter.

Remini seemed to confirm this idea, “Being critical of Tom Cruise is being critical of scientology itself. You are evil.” And honestly that seems a little unfair, because I feel like we should be able to complain about Vanilla Sky and the (almost) complete destruction of the lovely Katie Holmes.

As some of you may know, this exclusive interview is scheduled to air Friday, which is great timing because Remini will be releasing her book Troublemaker: Surviving Hollywood and Scientology on November 3, 2015. Might be worth picking up.

By the way, a spokesperson for the religion had this to say about Remini’s upcoming book…

Given Leah Remini’s insatiable desire for attention, it comes as no surprise that for two years she’s been incapable of moving on with her life and is obsessed with shamelessly exploiting her former religion in a pathetic attempt at publicity.