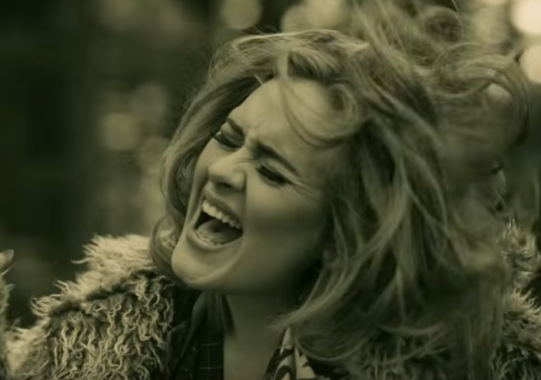 Adele Netflix And Chill’s For Over Two Years, Still Comes Back To Smash A Record Set By Taylor Swift!

Taylor Swift might be one of the nicest singers in the world, but Adele might be THE most powerful singer in the world. The 27-year-old singer hasn’t put out a new album since 2011. It’s hard to believe it’s been three years since she cleaned up at the 2012 Grammy Awards.

There were some people out there wondering if Adele would still have a huge following once she returned. Well, Adele ended the speculation by releasing her lead single “Hello” from her upcoming album 25. The song is currently being played on radio stations all over the world, and the music video is breaking all kinds of records on YouTube.

Currently, the video has almost 90 million views, and even more impressive it has almost two million likes! Any longtime YouTuber will tell you those likes are hard to get. Most channels have to beg their viewers to give them a thumbs up. It’s a spectacular return for Adele. As we mentioned above, this is her lead single from her next album. ‘25‘ will be her third studio album, and it’s scheduled to be released November 20, which means you have more than enough time to pick it up for that special someone before Christmas.

Adele said this about the album…

My last record was a break-up record, and if I had to label this one, I would call it a make-up record. Making up for lost time. Making up for everything I ever did and never did. 25 is about getting to know who I’ve become without realising.