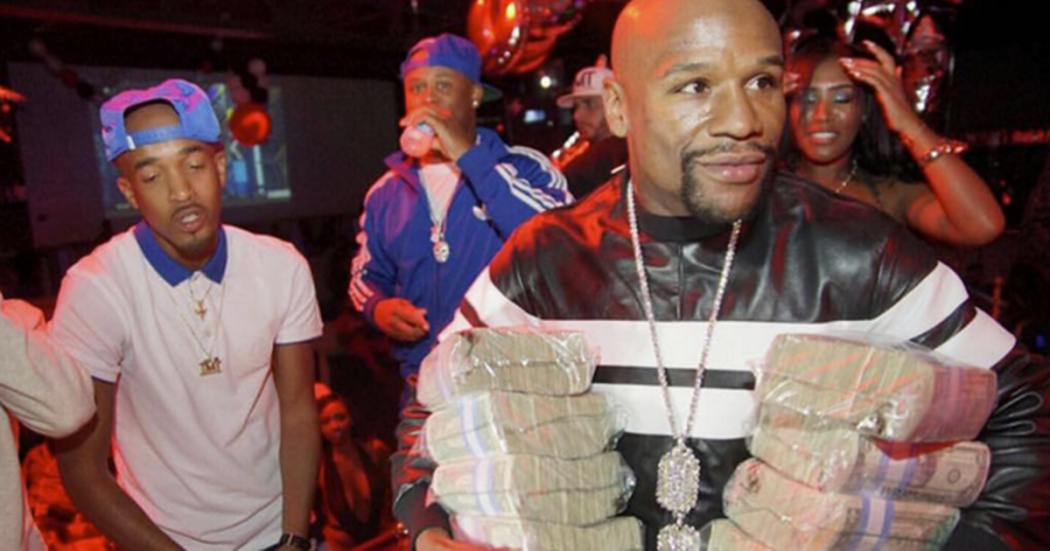 If you are a car person then here is a better look at the Veyron – if not skip it.

Is Floyd Reckless with his spending ?

Sort of.  He made $300 million last year bringing his total net worth up to $400 million. However, if he is not fighting his earnings have slowed if not halted all together.  His attitude never made him a good candidate for Nike or Reebok and he was never a role model so Gatorade was never an option.

Let’s Assume he is able to get a 3% return on his money, which is being ultra conservative.  That would bring his new annual earnings to about $12 Million per year.  In real simplified terms he can spend $12 million a year on pure nonsense and still maintain his principle.  Not a bad situation to be in. With that kind of budget, you can be super stupid and still die rich.  You just can’t be super-duper stupid.  We have been firsthand witnesses to super duper stupid people losing everything (Tyson, Hammer…) but we don’t have to worry about Floyd being that dumb right??