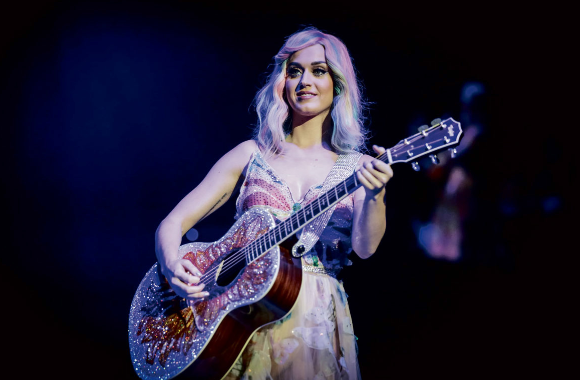 If you are one of the many people who were assuming Taylor Swift was the highest-paid woman in music this past year, we have some disappointing news for you.

Forbes just released their list of 2015’s top-earning female musicians, and Katy Perry has managed to crush all females in the music business. Thanks to her world tour, endorsements and hit singles, the 31-year-old pop star has made $135 million this year.

Her successful world tour had a lot to do with that insane number. According to Forbes, Perry grossed more than $2 million per city during the 126 shows. Earlier this year, Perry spoke with Forbes for their Celebrity 100 cover story…

I am proud of my position as a boss, as a person that runs my own company. I’m an entrepreneur… I don’t want to shy away from it. I actually want to kind of grab it by its balls.

Well congratulations, Katy. You definitely grabbed it by its balls. Heck, you grabbed the balls, cut them open, juggled them, and then smashed them with a hammer.

And for all you T-Swift fans, don’t you worry about your favorite superstar. She was second on the list with an impressive $80 million total. Fleetwood Mac nabbed the third spot with $59.5 million, taking home at least $1 million per city on their On With The Show tour.

Lady Gaga came in just behind them with $59 million, and Beyonce rounded out the top five with $54.5 million. Last year, Beyonce was number one on the list with $115 million, thanks to her deals with Pepsi and L’Oreal, and her wildly successful tour with her husband, Jay Z.