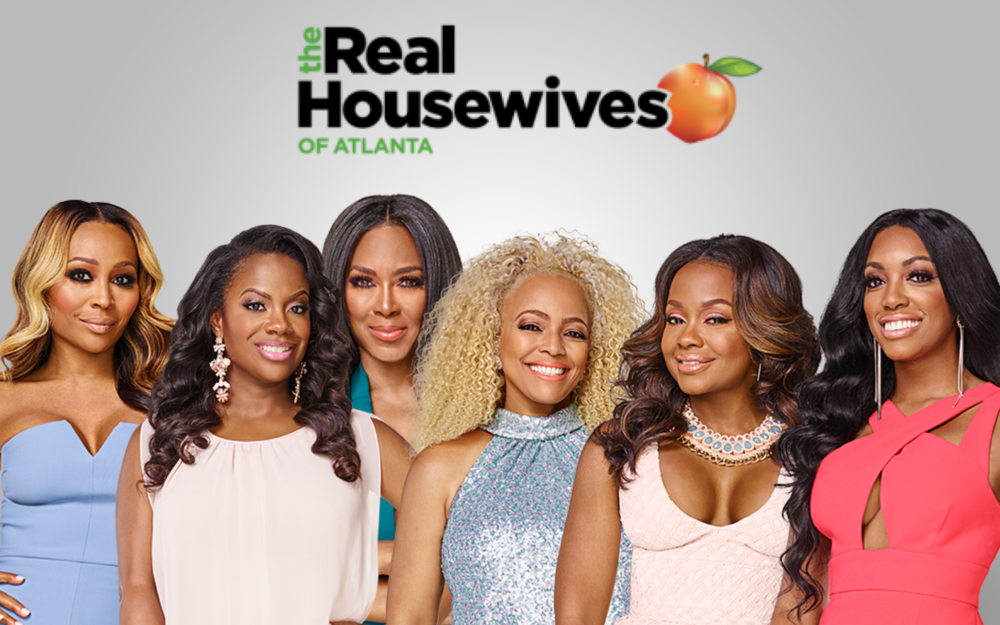 RHOA Season 8’s Taglines Revealed & OMG Do They Suck. However The Trailer For The New Season Looks Gooood! We Have Both (Video) I’m a celebrity news writer so a lot of my TV watching consists of table flipping, hair pulling, voting off islands, firing, chair turning and calling in your vote type of TV. While I might have dropped a lot of Reality Shows from my roster through the years, RHOA somehow manages to pull me back in every season. Kudos to Bravo for making this upcoming Season seem worthy of watching even though there is less NeNe and no crazy ex-felons pounding on doors and returning to prison.

I also have to give credit to Porsha for somehow staying relevant enough to keep her job for another season. Needless to say, Sunday I will be tuning in for the premiere. Yes..I know I’m a guy and there is football, but I also like my share of breasts falling out of dresses, cougars, twerking, drama and fine-ass black women. Also did I mention I’m a celebrity news writer…

LET’S GET TO THOSE TAGLINES

This brings us to the favorite part of the pre-season for RHOA; The Taglines.

Yesterday they released the taglines and it seems like Bravo gave this job to their summer interns. These are so bad that I thought they were a joke. Buzzfeed was the first to post them and then I double checked with Bravo and confirmed; these are the real deal. Here they are along with the trailer for Season 8 below. “I’m a hitmaker, and this year I will reveal the best one.” “Seasons may change, but Cynthia Bailey never goes out of style.” “Don’t come for me, unless I twirl for you.”

Season 5: “I won Miss USA, not Miss Congeniality.”
Season 6: “People may think they have me figured out, but I am always the wild card.”
Season 7: “People get exhausted trying to figure me out. And I just let them.” “Only God can judge me, and he seems quite impressed.” KIM FIELDS
“Faith, family and career — those are the facts of my life.” Season 5: “People say I have a picture perfect life, and I do.”
Season 6: “I am still standing, and I am making my own rules.” SHEREE WHITFIELD PAST TAGLINES
Season 1 & 2: “People are intimidated by my success.”
Season 3 & 4: “I like things that are elegant and sophisticated, just like me.”

Don’t let the taglines disappoint you too much; because the trailer for Season 8 shows that there is still hope for a drama packed, tea spilling, booty twerking, eye rolling, Peter acting like a bitch, Nene throwing shade, Kenya twirling, Porsha acting dumb season.