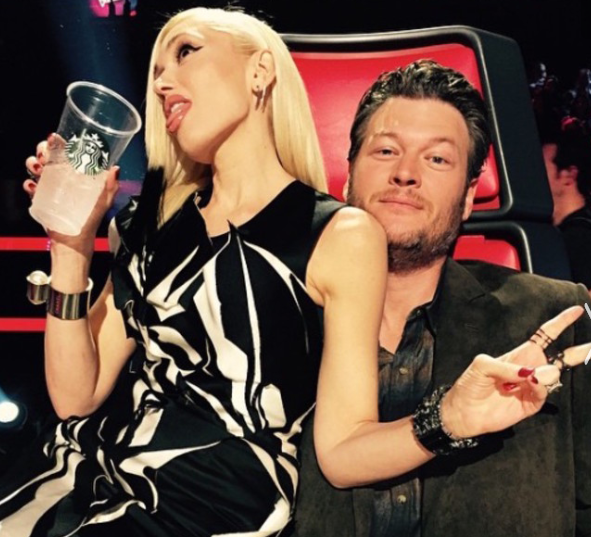 We Have A Photo Of Blake Shelton And Gwen Stefani Holding Hands, Also Find Out How Blake’s Kindness Helped Win Her Over! It’s the celebrity couple almost no one saw coming. Blake Shelton and Gwen Stefani? I mean, I think we can all agree Gwen is way too cool for Blake. Just imagine your goofy, giraffe of a father landing a date with the hot Zumba instructor down the street.

No way, right? Wrong. Blake Shelton’s jokes and compassion won her over, especially after her relationship with Gavin Rossdale. Sources claim Rossdale was a total control freak, and he would say hurtful things to Gwen to keep that “king” status in the relationship. He also slammed her parenting skills and claimed she wasn’t a supportive wife.

This damaged her self-esteem, according to the source. But then Blake moved in and made her realize she’s a freaking superstar, who deserves only the best in life. She’s been “blown away” by Blake’s kindness. And as one might expect, she’s also in love with his sense of humor. They are always laughing and having fun together.

And they certainly seemed to be having fun Wednesday night at a CMA after-party. They arrived holding hands, drinking some wine and smiling. According to TMZ, Blake actually called Christina Aguilera for some advice before asking Gwen out. He told her that he had a huge crush on her.

What did Christina tell him? “Ha. Good luck with that.” SHE DIDN’T EVEN BELIEVE BLAKE HAD A CHANCE!

Good luck to the happy couple! I have no idea why their relationship makes me so happy. Maybe it gives me hope? That the goofy guy can get the badass chick?