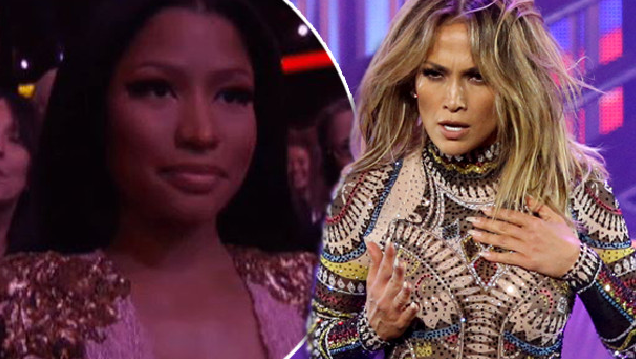 The internet is always trying to get poor Nicki Minaj in trouble. The 2015 American Music Awards were on Sunday night, and Jennifer Lopez opened the show with a medley of pop songs, including Nicki’s ‘Anaconda‘ track. Most people agree J.Lo worked some magic up on the stage, especially for someone who will turn 50 in just four years.

However, there was one person in the audience that didn’t seem to be impressed. When the camera switched to get Nicki’s reaction, this is what everyone at home saw…

Looks like Nicki tossed some shade toward the stage, right? Probably thinking that Jennifer was trying to reclaim the title of, “Best Booty In Hollywood.”

The internet started spreading rumors just minutes after the performance was over. Some people defended J.Lo’s performance, while others wrote things like, “Nicki is right, Jennifer is too old to be dancing like that!” Of course, the only problem with that is Nicki never said such a thing! The internet just assumed she was thinking that.

Minaj explained herself on Twitter once she noticed all the drama… 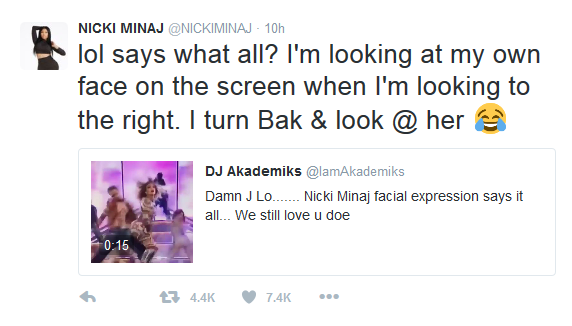