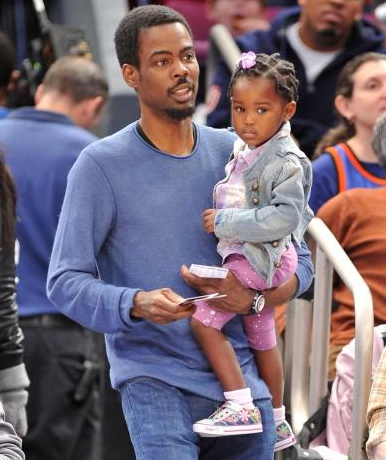 Chris Rock Is In The Middle Of A Strange Custody Battle, And South African Officials Are Demanding Answers Things are getting weird in the Chris Rock household. We all know about Rock’s two biological daughters, 13-year-old Lola and 11-year-old Zahra. But if you have been following the comedian/actor’s career, then you know there was usually three girls with him and his estranged wife, Malaak.

Just take a look at this photo from the Madagascar 3 premiere back in 2012. As you can see, there are clearly three children with them. Even more recently in 2014, the girl was still there for the family’s trip to Hawaii… The extra girl you see in the photos is a 7-year-old South African girl named Ntombi. The girl started living with the Rock family when she was just 6-months-old. According to TMZ, the girl’s parents were both unemployed, and somehow the Rock family brought her back home with them.

She has been living with the family ever since, even enrolled in a New Jersey school. It’s clear she was an official member of this family, which is why it was surprising to find out that Chris has not seen her in more than a year. Ntombi has been living with Rock’s estranged wife ever since the split was announced.

So why has he maintained a relationship with his two biological daughters and not Ntombi? Probably because there might be some trouble following her around, and it looks like Chris is wanting to put all the blame on his wife.

When the divorce docs were filed, South African officials opened an investigation to determine how this girl left their country without any papers showing a legal adoption had taken place. Chris wants no part of this situation because he claims this was his wife’s idea. He was just going along with it to make her happy. The 50-year-old’s rep confirmed with TMZ that he does not have an adopted child.

Hopefully this mess has a happy ending. That girl must be very confused right now.