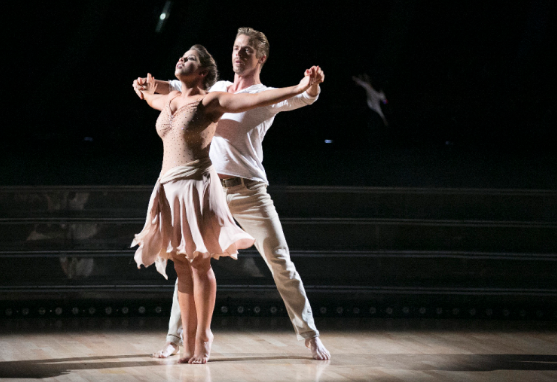 WATCH: Bindi Irwin Steals The Show During Dancing With The Stars Finale, Makes Everyone Cry With Beautiful Tribute To Her Father! Hopefully the video you see at the bottom of this page doesn’t get removed. It truly was a beautiful moment, and an incredible dance that everyone should watch.

I’ll be the first one to admit that I am not a huge fan of Dancing With the Stars, but this latest season has been one of the best in a long time. It’s been filled with some delicious drama and some ridiculously talented celebs. One of the most talented contestants? Steve Irwin‘s daughter, Bindi Irwin.

She and her dancing partner Derek Hough scored big during the first night of the two-night finale. They scored two perfect 30s and made everyone in the audience cry. At the end of their moving freestyle, an image of little Bindi and her late father appeared on stage, and that’s when the tears started flowing.

While fighting back the tears, Bindi revealed this experience has changed her life…

Judge Carrie Ann Inaba, who has been with the show since the beginning, claimed she was not prepared to cry, “I didn’t expect to cry, I have to say. I’ve seen so many dances.”

Check out the video below. You will probably cry, so don’t say we didn’t warn you. Even if you don’t cry, you’ll probably be amazed by Bindi’s dancing skills. The ending to the two-night finale airs tonight at 9 on ABC.