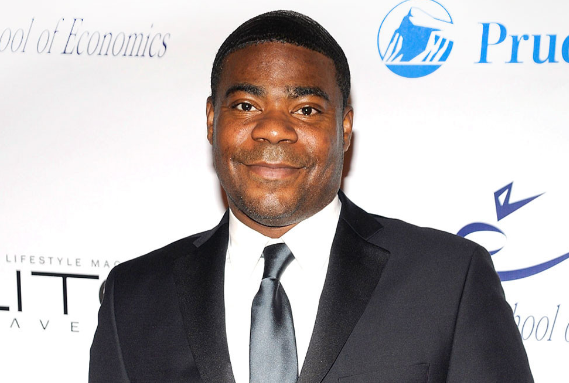 Tracy Morgan Claims He Had A Conversation With God, Find Out What Was Said Inside! As you all should know, Tracy Morgan almost died in a car accident back in June of 2014. He had a number of injuries following the crash, including a traumatic injury to the brain. He was in a coma for several days, and doctors weren’t sure if he was going to recover.

But he did, and now he’s slowly returning to the hilarious person we all knew and love before the accident. He’s probably already back to getting people pregnant. He’s also doing interviews now, and during a recent interview with Complex, Morgan claims life will never be the same for him. What did he gain from the deadly accident? Well, it looks like he gained a better relationship with God. According to Morgan, he had a little conversation with God while he was in the coma.

I went to the other side. This is not something I’m making up. Do you know what God said to me? He said, ‘Your room ain’t ready. I still got something for you to do.’ And here I am, doing an interview with you.

The fact that God used “ain’t” should make everyone feel more comfortable around him. He’s clearly trying to connect with a larger audience. I wonder if he ended the conversation with a, “TTYL”?

Of course, we’re just playing around. If Morgan believes he truly talked to God, then that must be a very special moment for him. We are just glad he still has a room here on Earth. Hopefully for a long time to come

His ‘Picking Up the Pieces‘ stand-up tour will start on Feb. 5, and will end on May 28 in Westhampton Beach, New York.