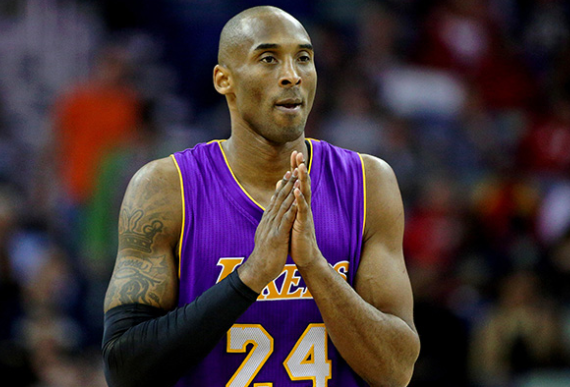 Kobe Bryant Shocker: NBA Star Announces He Will Retire After 2015-16 Season, Reactions Inside! There is no question Kobe Bryant will be a Hall of Famer. He’s one of the biggest stars in NBA history, and on Sunday he announced some major news. The 37-year-old star announced he will retire after this season.

But he didn’t take your normal “press conference” route. Bryant is a special player, so he decided to announce his retirement in a way no one before him has. He gave the basketball world its first retirement poem. He wrote and published the piece on the Players’ Tribune.

If you like the little snippet below, you can read the full poem by clicking this link.

“You gave a six-year-old boy his Laker dream
And I’ll always love you for it.
But I can’t love you obsessively for much longer.
This season is all I have left to give.
My heart can take the pounding
My mind can handle the grind
But my body knows it’s time to say goodbye.”

The great Magic Johnson was shocked to hear the news just like everyone else. He talked with Yahoo Sports about Bryant, “He’s the closest thing we’ve seen to Michael Jordan.” He said. Bryant’s teammate, Nick Young, was also surprised to hear the news. He told reporters that it was an emotional moment for everyone on the court…

We just dug deep inside and started playing. It was emotional hearing that. It was like it’s really happening. We all kind of was thinking it, but once he said out his mouth, it was like the air’s out the room.

And while everyone agrees Bryant will go down as one of the greatest NBA players in history, it’s clear his body was starting to let him down. He’s shooting 31.5 percent from the field and 19.5 percent from three-point land this season, and the Lakers have started off the year with a terrible 2-14 record.

I think everybody gonna give him a celebration. It’s gonna be a Laker home stand every road trip, I think. We got to. He put in so many years, so many shots in the gym practicing. Everything. He dedicated everything to basketball, so you gotta honor that.