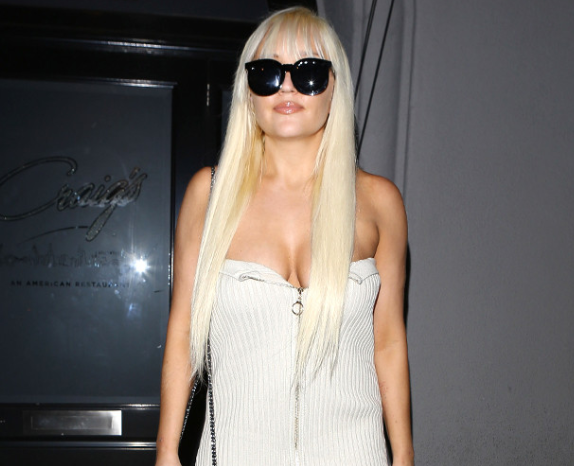 Amanda Bynes Looks Better Than Ever In Latest Public Appearance, Check Out Her Sexy Dress Inside! *DING!* Ladies and gentlemen, you are now free to drool over Amanda Bynes again. We almost lost the 29-year-old actress due to her mental health, but luckily she was forced to enter treatment, and now she looks better than ever.

Photographers outside of Craig’s Restaurant in West Hollywood were shocked to see Bynes flaunting her body in a strapless zip-up dress. As you can see in the photos, she was just one zip away from nip action. She even smiled and waved to the cameras, which was also a nice surprise. Obviously, we don’t know the details of her personal life; however, she does appear to be back on track. Every single time we see new photos of her she looks healthier and, well, sexier. That’s okay to say, right? Bynes is freaking sexy.

For those who don’t know, Bynes revealed on her Twitter account a little over a year ago that she was diagnosed as bipolar and manic depressive, which explained all of her bizarre behavior in the months prior. Now that she’s on medication, it appears things are going well. Her parents’ lawyer confirmed that the former actress enrolled back in school at the Fashion Institute of Design and Merchandising in October.

No ‘smack talk’ here. We are truly happy for her!