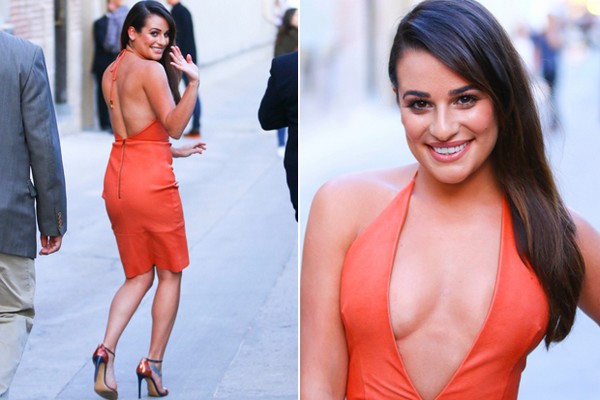 10 Celebrities Who Will Be Having A Meatless Thanksgiving This Year It’s that time of the year again. The most “American” time of the year filled with annoying family members, alcohol, football, and lots of food. Thanksgiving will be here in just a little over two weeks, which means you should probably start preparing your stomach now.

Most people eat a ridiculous amount of food on Thanksgiving, and it all starts with that huge turkey no one wants to carve, but everyone wants to dip in brown gravy and eat. But not all Americans will be showing off their Americaness with dead animals.

The celebrities you see below definitely won’t be eating turkey come November 26. Everyone you see below is either a vegetarian or vegan. This might not surprise some people, considering the actress was named one of PETA’s Sexiest Celebrity Vegetarians back in 2011. During an interview with Women’s Health, she talked a little about her diet, “I’m a vegetarian; I eat a lot of tofu and soy.” She said, adding that she drinks a ridiculous amount of water and is addicted to cranberry juice.

Obviously, she enjoys eating fruits and veggies, but don’t think she’s eating healthy 100% of the time. She still enjoys chocolate and sandwiches filled with melted cheese…

“Dark Chocolate Peanut M&Ms are kind of the best thing that’s ever been made. And lemon cupcakes from Buttercup Bake Shop, near my house. I also love hot, melted cheesy sandwiches. And sweet-potato fries.” Any true Kristen Bell fan should have guessed that she was a vegetarian. Have you seen how much this woman loves animals? If not, please do yourself a favor and watch this video. According to most reports, she’s been a vegetarian ever since she was 11-years-old. It seems like she goes back and forth between a vegan diet and a vegetarian diet, which is honestly what most people end up doing.

Both her and her husband Dax Shepard were reportedly moved by the documentary Forks Over Knives. But really, not eating meat is probably a lot easier for Bell than it is Shepard. The actress has admitted she never enjoyed the taste of meat anyway. Look at that beautiful hair. Yeah, I know he had to cut it off recently, but I feel like it’s important we continue to appreciate it. The hair, the clear skin, the fact that he still looks like he’s in his late 20s/early 30s when he’s really 43-years-old.

How does he do it? He gives a lot of credit to his vegan lifestyle. Back in 2013, he told GQ Magazine the following…

“I’m pretty healthy so I think that helps a lot. I’ve been that way for a long time – 20 solid years of eating vegetarian/vegan and taking care of myself. That probably helps the preservation process.”

Here recently, he had to put on some weight for his role as the Joker in the upcoming Suicide Squad film. Bulking and staying true to your vegan diet isn’t the easiest thing in the world, but he found a way to make it work. During one interview, he actually had to stop briefly so he could shove some vegan tacos down his throat…

“Do you mind if I eat a little? I’m trying to gain a lot of weight. It means I have to eat every couple of hours — and I’m terrible at eating a lot.” Honestly, I’m not exactly sure if Olivia Wilde should be on this list or not. She had been a vegetarian since she was 12-years-old, and for a few years she even decided to take the next step to veganland. But then during her pregnancy back in 2013/2014, she decided to relax on her diet and introduce animal products back into her diet to make things a little easier.

And even though she said she would go back to the veggie life after the pregnancy, it looks like she has instead decided to compromise by becoming a pescetarian, which means she’s allowed to eat fish. Clifford Smith, known primarily by his stage name Method Man, stopped eating meat years ago after hearing about all the benefits from Wu-Tang founding member, GZA. Mr. Man decided to give the diet a chance, and he ended up enjoying the healthy lifestyle.

Instead of eating juicy steaks, the 44-year-old rapper now eats veggie burgers and lots of green vegetables to help his skin. And even if you don’t want to give up meat completely, the rapper suggests you at least make veggies more important in your diet than meat. The lovely Pamela Anderson has been a vegetarian for decades. She started the diet back when she was a teenager after she saw her father cleaning an animal he had killed while hunting. In recent years, she decided to remove all animal products from her diet and become a vegan.

In fact, earlier this year she launched her own cooking show online with her friend Delahna Flagg. The Sensual Vegan cooking series promises to show everyone how easy it is to make delicious and simple vegan meals.

Anderson explained her motivation behind the series in the first video…

“You only learn how to cook from your parents and the way you were raised. So then if all of a sudden you’re like ‘I want to be vegan’, then you’re like ‘what? how am I am going to cook that?’ That’s why I wanted to do these little vignettes.” Whaaat? Rob Zombie doesn’t eat meat?! Yes, it’s true. Most people assume the heavy metal musician/blood & guts director loves to feast on steaks and turkey legs. Those people would be wrong though. Rob has been a vegetarian since he was 18, and has now moved on to the vegan lifestyle. He admits he stopped eating meat because he didn’t like how animals were being treated.

Now, at age 50, he admits he stays with the diet because he believes it’s the healthiest diet out there. During an interview with What’s Up Hollywood, Zombie talked about the documentaries he has watched on the subject.

“How they produce the meat now, it’s just so poor…is that even a cow you’re eating? It’s some weird, fat beast pumped full of chemicals.” Carrie Underwood is a country singer from Oklahoma, so the fact that she has managed to avoid meat for over a decade now surprises me. The 32-year-old grew up on a farm and has been a vegetarian since she was a teenager. Like most of the celebs on this list, she transitioned into the vegan lifestyle. However, when she became pregnant last year, she switched back to vegetarian mode.

And unlike Olivie Wilde up there, Underwood returned to her vegan diet after giving birth. She told Yahoo! Beauty the following…

“I have been vegetarian for about 10 years now. With pregnancy, I am definitely going more on the vegetarian side, but as soon as I am not pregnant anymore I will go back to being vegan.”

A few years ago, she revealed she likes to start off her day with a tofu scramble mixed with onions, spinach and peppers with a little bit of salsa on top. Woody Harrelson just might be the healthiest celebrity on this list, or the unhealthiest if you ask Ron Swanson. The 54-year-old actor was eating raw and promoting juices before it was the cool thing to do. He’s been dairy-free for over 30 years, and according to some reports he takes things to a new level by avoiding added sugar and flour.

Remember when he played that Twinkie obsessed character in Zombieland? He never actually put a real Twinkie in his mouth while on set. They made special Twinkies for him made out of cornmeal. We’re sure everyone would go vegan if they were guaranteed to look that good in a dress. The 29-year-old actress goes back and forth between being a vegetarian and a vegan. During an interview last year, she revealed that she simply listens to her body and goes from there.

“I try lots of different things. I really feel that you need to kind of listen to your body and what your body is telling you to eat. So I was a vegan for about two years.”

And while most family members might make fun of your new diet, Lea admits her mom has been supportive, even figuring out how to make a delicious vegan lasagna dish.