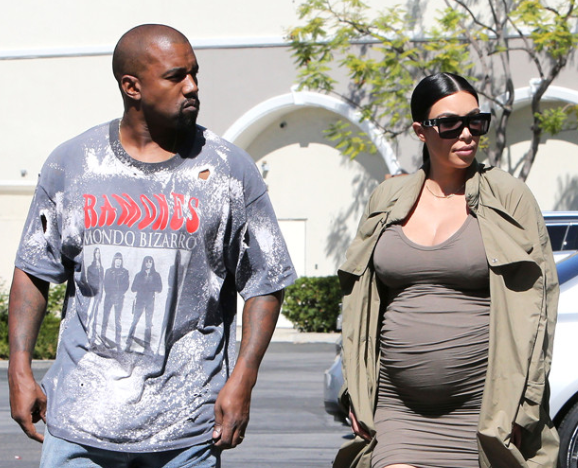 Kim Kardashian Gives Birth To Baby Boy, But Does Anyone Know His Name?!? Get The Details Inside (UPDATE!) Just hours after posting the original story you see below, Kim Kardashian and Kanye West decided to reveal their baby boy’s name. Kim announced on her website that they decided on Saint West. According to the post, Saint weighed in at a healthy 8 lbs., 1 oz.

I still think my “Kale” suggestion was the better choice, but I guess I’ll save it for my future kid.

We are sure you all have heard the news by now. Kim Kardashian and Kanye West have welcomed their second child into the world. It’s believed the birth happened sometime early Saturday morning, and as you can imagine the entire Kardashian family refuses to talk about the details.

Khloe, Kourtney and Kris were all at the hospital to support Kim, and according to the reports Kanye West was in New York City just days before the birth; however, we was able to make it back just in time.

E! News reports that everyone was ready for the birth, especially Kim Kardashian. It has been a stressful month for the reality star.

Earlier this month, she announced doctors had to flip her baby, which is apparently more painful than giving birth…

This weekend I checked into the hospital and underwent a procedure called an ECV, which is done to manually turn the baby from a breech position to a head-down position…probably more painful than childbirth.

So let’s talk about the important stuff. DO WE HAVE A NAME? ARE THERE ANY PHOTOS? Sadly, we don’t have photos or an official name. We do know that the internet wants the baby’s name to be Easton, which would obviously fit right in with the direction theme they have going on with North West. I must admit, I don’t hate that idea. Easton is a legit name, you know? It makes more sense than North West. Kim and Kanye probably won’t listen to Twitter though.

We know they also enjoy names starting with “K,” so it’s possible they could be looking at Kaleb or they could just drop the “B” and call him Kale.