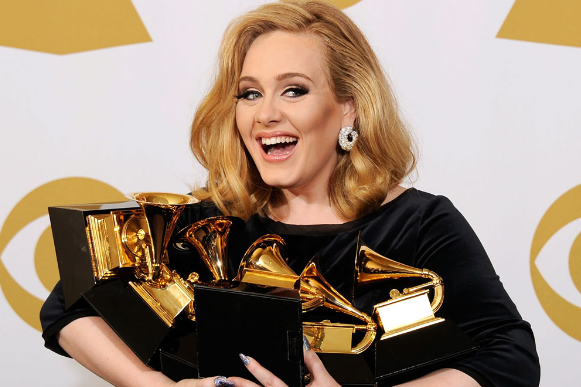 Can you believe it’s already that time of the year again? Award season is coming up fast. The Grammys will take place at the Staples Center Feb. 15, 2016, and this morning on CBS This Morning, Alicia Keys helped reveal the first round of nominations.

There are some familiar names in the list of nominations below. You have Kendrick Lamar, Taylor Swift, The Weeknd, and even country music superstar Chris Stapleton who became a household name after his amazing performance with Justin Timberlake during the CMA Awards.

But there is one huge name missing: Adele. The 27-year-old singer has smashed just about every record you can smash with her latest album 25. The first single from the album, Hello, just might be the most popular song of 2015, which is incredible considering it wasn’t even released until late October.

Speaking of the release date, this is why you won’t find her name in the categories below. She simply wasn’t eligible for the upcoming Grammy Awards.

Adele’s third studio album, which was released Nov. 20, missed the deadline by almost two months, so please don’t send them any nasty letters. We are sure she will be all over the 2017 Grammys.

Check out 2016’s nominations below. You can see the full list by clicking this link.

Album of the Year

Kendrick Lamar, To Pimp a Butterfly

The Weeknd, Beauty Behind the Madness

Song of the Year

Record of the Year

The Weeknd, “Can’t Feel my Face”

D’Angelo and the Vanguard, “Really Love”

James Taylor, Before This World

Florence + The Machine, How Big, How Blue, How Beautiful

Drake, If Youre Reading This Its Too Late

Kendrick Lamar, To Pimp a Butterfly

James Bay, Chaos and the Calm

My Morning Jacket, The Waterfall