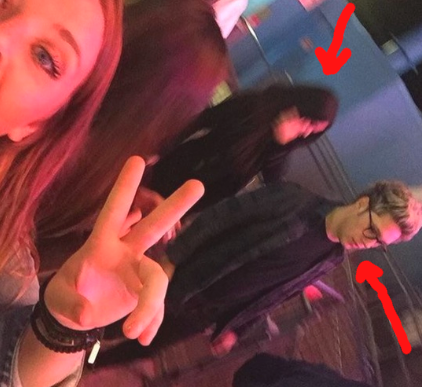 Selena Gomez And Niall Horan Continue To Make Justin Bieber Jealous With A Fun Night Out At Santa Monica Pier! Just weeks after Justin Bieber serenaded her at a hotel bar, it looks like Selena Gomez is ready to move on from that same old love. As most of you One Direction fans should know, Niall Horan has been moving in on Gomez for the past week or two.

The 23-year-old actress/singer met up with Horan at Jenna Dewan-Tatum‘s 35th birthday party at Bootsy Bellows in Los Angeles. According to multiple sources at the party, Horan and Gomez couldn’t keep their hands off each other: dancing, hugging, and yes even kissing.

This all went down on Friday night, but now we are learning that Gomez and Horan were also together Saturday night. Several fans on social media posted their videos (see at bottom of page) of the two stars having a little fun at the Santa Monica Pier. No one was able to catch them kissing; however, they were seen laughing together and enjoying a few amusement park rides.

Because we don’t have any legit proof of this alleged make out session going down, we are not going to say they are officially dating or anything. However, we do find it interesting that neither Gomez nor Horan have posted photos of their fun outings together on their social media pages.

They know we know, right? And if they were truly just friends, why wouldn’t they smash the rumors by posting a photo together, saying something like, “Enjoying the night with a good friend!”

Enjoy the clips below!