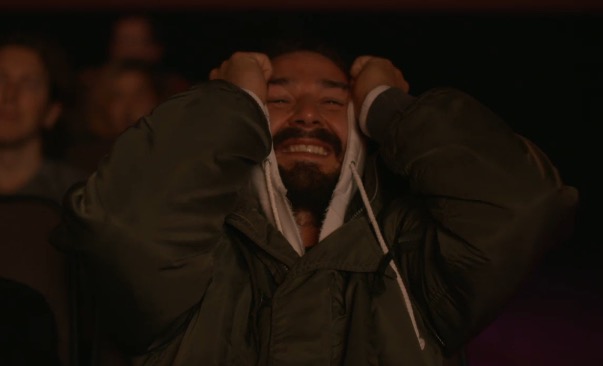 The Best Moments From Shia LaBeouf’s Movie Watching Event, GIFS AND PHOTOS INSIDE! If you are a true fan of the internet, then you know about the event that has people calling in sick to work all over the world. In a little art-house theater in New York City, the magnificent Shia LaBeouf is watching all his movies in reverse chronological order.

He’s been in the theater since around noon on Tuesday. For almost 72 hours straight, Mr. LaBeouf has been watching himself on the big screen. And the best part? He invited complete strangers to watch all the movies with him inside the theater, and he also live-streamed the entire thing! Depending on when you read this article, you can jump in on the action by clicking this link.

And if you’re sitting at your desk thinking, “Damn…I missed all the good parts!” No you didn’t. You should know by now you can never miss anything on the internet. Videos and GIFs live on forever, and the fine people of the internet have delivered in a big way during Shia’s #allmymovies stream.

The co-stars of this event have been the unusual characters sitting next to (and behind) Shia for the past three days. It’s obvious they’re not screening these people, because I wouldn’t even share an elevator ride with a few of these cats.

Check out all the wonderful moments below. By the way, most of the GIFs came from the new (and awesome) subreddit: https://www.reddit.com/r/shiagifs

The “Mimic Man” who sat behind Shia for hours…just creepily copying his every move. (different dude in this GIF, but this “laugh cause Shia is laughing” was equally strange)

You see the Pirate Guy up there? He was sitting next to Shia for hours, unwilling to share his seat. Finally this awesome girl kicked his butt to the curb.

Was that a beer?