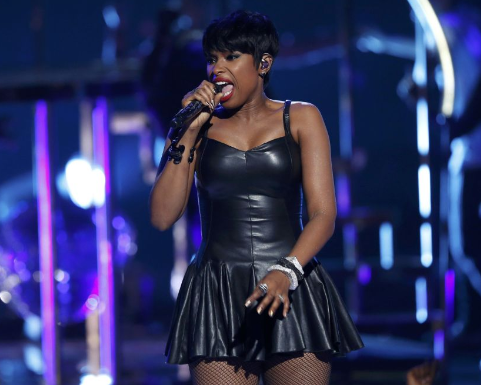 Jennifer Hudson Wants To Return For The Final Season Of American Idol, Plus Bonus Video Of Her Singing At Jamie Foxx’s Birthday Party!

It’s hard to believe Jennifer Hudson didn’t win season 3 of American Idol. In fact, she didn’t even make the top 5 that season. She made it all the way to the top 7 before being eliminated. As some of you may remember, Fantasia Barrino ended up winning that year, but I think we can all agree Hudson has had the more successful career.

She has one of the best voices in the world, and if you don’t believe me, just check out the video at the bottom of this page. The 34-year-old singer stole the show during Jamie Foxx‘s 48th birthday celebration. Sources at the party claim it was the best moment of the night.

Hudson talked with E! News recently at the opening of her Broadway debut, and it’s clear she would love to make a special appearance on the final season of American Idol.

Yes, Jennifer. We know exactly what you mean. The Voice might be the ratings champ, but we all know Idol is king when it comes to producing legit superstars. No other reality show can touch Idol’s success.

In addition to J-Hud’s return, we know all of the show’s former judges will return at some point, including the always delightful Simon Cowell. Carrie Underwood also said she would be down to return if her busy schedule allows it. The final season premieres on Fox January 6, 2016!