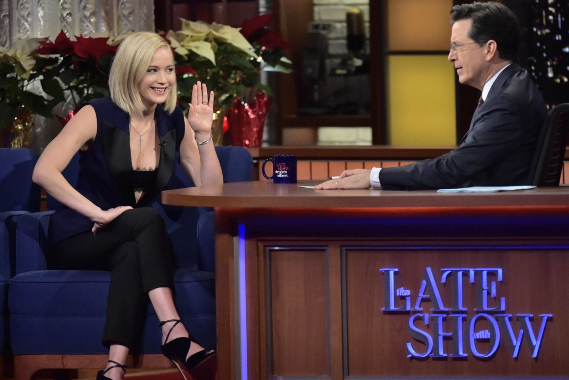 During an appearance on the Late Show With Stephen Colbert, Lawrence was talking about her ridiculously busy filming schedule. She joked with the host that she gets, “Lindsay Lohan–grade exhaustion but without any drugs or alcohol.”

Obviously this didn’t go over well with the Lohan family, and surprisingly Lindsay was the one taking the high road. It was her younger sister, Ali, that made it clear Lawrence lost at least one fan for her insensitive joke.

It’s important to note that this was not her original tweet. Her original tweet included, “You lost a fan,” at the end of it, but for some reason she decided to change it to, “not cool.”

Either way, it’s clear Ali was a J-Law fan before the joke, but obviously that all changed when the actress decided to make jokes about her sister. Lindsay Lohan thanked her sister for the support and decided to cruise on the high road with an inspirational quote… What do I think about this situation? Because that’s what you all were wondering, right? I think, hell, I don’t even know what I think. One side of me thinks, “It’s just a f–king joke! Stop being so sensitive.” And the other side of me thinks, “Well…that was a little rude. Lohan is trying to get her life back on track.”

How about you? What’s your opinion? WAS J-LAW’S JOKE FUNNY? RUDE? OR BOTH?