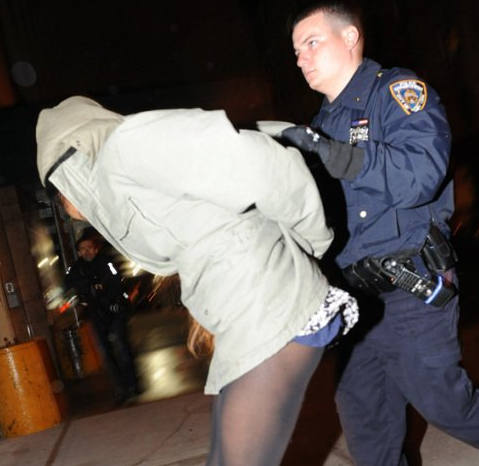 Azealia Banks Gets Free Ride To Jail After Biting The Breast Of A Female Security Guard! It looks like Azealia Banks became bored with getting into fights on social media, so she decided to take her rowdy attitude out for a spin in the real world. And as you can imagine, it did not end well for the rapper.

According to multiple sources, Banks was at New York City club ‘Up&Down’ — or at least she was outside of the building. Banks’ name was apparently not on the list, because she was not directly invited to the party going on downstairs. A close friend of hers invited her to the party without telling anyone else, which caused the confusion at the door.

Banks didn’t understand why the guards were tripping. After working a little bit of magic, the 24-year-old ended up getting the stamp she needed to enter the private party; however, that was not good enough for Banks. She was still offended that the security guard didn’t know who she was. There was a heated argument between Banks and the guards, and the rapper eventually had to be escorted out by one of the female security guards after she spit in the club owner’s face.

But Banks was still pissed, and apparently a little hungry. The New York Police Department claims she “became verbally abusive and began to push the victim and bit the victim on the breast causing swelling and redness.”

She was arrested and charged with disorderly conduct, harassment and assault. Sources say she was released several hours later after meeting with the judge.