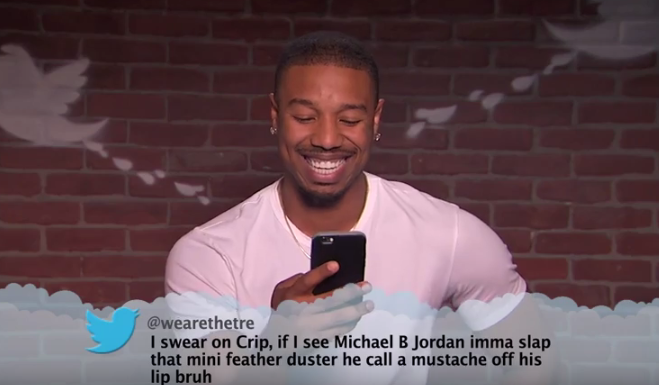 We Have Another Round Of Mean Tweets, Find Out Which Celebrity Saved This Round With One Hilarious Reaction! (VIDEO) Christmas is still a little over a week away, but Jimmy Kimmel decided he would deliver an early Christmas gift to the world this year. On Wednesday’s episode of his late-night show, Kimmel released another round of those hilarious Mean Tweets.

Several celebrities stopped by the studio to read some of the rude things people have written about them on Twitter. This round included Michael B. Jordan, Sean Penn, Liv Tyler, Elizabeth Banks, Julia Louis-Dreyfus, Lake Bell, and many more celebrities.

And honestly, I was a little disappointed while watching this round. Even the studio audience stayed silent during most of the jokes. There were a few laughs with Julia at the beginning, and the person who compared Daniel Radcliffe to an aardvark was pretty funny, but for the most part the mean tweets weren’t landing.

But then the lovely actress Sarah Paulson stepped in to save the day. Make sure you watch the entire video below so you don’t miss her hilarious reaction to the mean tweet she was forced to read.

Check out the action below…